Lionel Messi in tears as he confirms he’s leaving Barcelona – and says he’s ‘so grateful for love people have shown.’

The striker, who broke down as he receives a standing ovation, said he tried to “behave with humility and respect, and I hope that’s the memory that will be left of me”. On his next move, he said: “There are a lot of clubs interested.”

The look on Messi’s face looked pitiable and distraught as he stood up to face the press.

The Argentina Legend disclosed that he wished to stay in Barcelona but unfortunately, a new contract was unable to be signed due to its financial situation plus Laliga’s regulations.

This year, my family and I were convinced we were going to stay at home, that’s what we all wanted more than anything,

We’d always made this our own, we were at home. We thought we would be staying here in Barcelona. But today, we have to say goodbye to all of this.

His announcement has been welcomed on a sad note; even photographers present at the press conference were not left out of the crying galore.

Football lovers worldwide have taken to social media to express their heartbreak as the Greatest Of All Times exits Barcelona.

Many have described the photo as the saddest on the internet today, with many describing the day as a historic one. 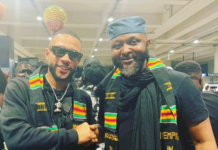 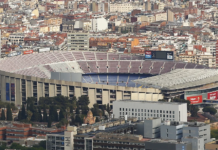