A captured Russian bomber has begged President Putin to stop his invasion of Ukraine, adding, “we have already lost this war”.

Lieutenant Colonel Maxim Krishtop became a prisoner of war after his plane was shot down during a bombing raid last Sunday.

But in a humiliating show for his leader, Krishtop begged Ukrainians for forgiveness, admitting he had committed “terrible crimes” by fighting in Putin’s war.

Instead, he described the Russian mission to capture Kyiv as “pointless” and urged his comrades to stop fighting.

Lt Col Krishtop said: “The invasion of such a huge city as Kyiv is pointless – it will lead to huge losses of life on both sides and huge destruction.

“I urge you stop following criminal orders, stop fighting, and stop killing civilians – you can see we have already lost this war.”

But the conflict continues to be unrelenting with Russian troops now said to be driving west after wreaking havoc in the east.

Satellite ‘before and after images of the port city of Mariupol show its luscious trees and “beautiful” buildings flattened to a barren wasteland.

Russian troops have been trying to seize it as a tactical move since the start of the conflict, in a bid to strangle the Ukraine economy by controlling key exports.

The eastern city of Mykovail has also been encircled as Putin’s forces are now said to be heading towards Odessa in the west.

President Zelensky urged Russian forces to comply with an agreed ceasefire so refugees could safely evacuate.

But the Ukraine intelligence service claimed that these pleas were being ignored as it issued a statement that Russians had shot women and children fleeing for their lives.

It said: “Russians shot a column of women and children while trying to evacuate from the village of Peremoha in the Kyiv region along an agreed ‘green’ corridor.

“After the attack, the occupiers forced the remnants of the column to turn back to Peremoha and are not letting them out of the village.”

Instead, Russia has been using the opportunity to send in new troops, Ukraine claims.

The claims followed a futile 75-minute phone call on Saturday (March 12) between France, Germany’s Olaf Scholz and the Russian aggressor, to “find a way out of the war”.

Western leaders have this week expressed growing fears that Putin will unleash devastating chemical weapons in his bid for power. 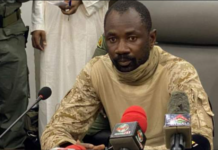 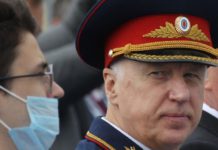 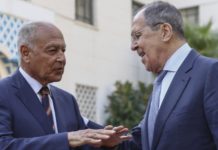 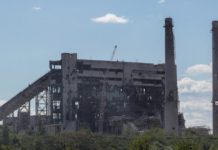 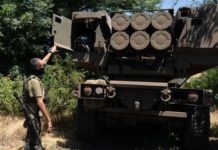