Celebrated singer, Rihanna Fenty’s father, Ronald, contracted coronavirus and her daughter was there to make sure he was fine by buying a ventilator and shipping it to the Caribbean where the dad resides.

“My daughter Robyn was checking in on me every day,” Fenty reportedly told The Sun, referring to the singer by her first name. “I have to say, ‘I love you so much, Robyn.’”

“She did so much for me. I appreciate everything she has done,” he added.

Although the 32-year-old singer and entrepreneur sent the ventilator to his home in Barbados, Fenty said he never needed to use it.

Describing his symptoms, Fenty said: “I got a fever up inside of my nose. I had a fever across my lips. It was just a lot of fever. I feared the worse. I thought I was going to die, honestly,” Fenty said, according to the Daily Mail.

Ronald was quarantined for 14 days inside the Paragon Isolation Center on the island.

The gesture from the pop star is even greater considering she and her dad were not always on speaking terms or had a cordial relationship.

Rihanna made news years ago when she sued her dad to force him to stop seeking to profit off of her fame and name.

Fenty and Rihanna’smother, Monica, divorced when the singer was a teenager. Rihanna once told Oprah that growing up, she’d seen her dad physically abuse her mom, once breaking her nose.

Fenty has battled substance abuse in the past. In 2013, Rihanna paid for him to go to a rehab program in Malibu, California.

Rihanna purchased the house in Barbados where her dad now lives 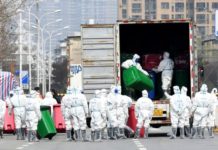 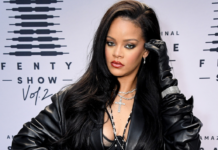 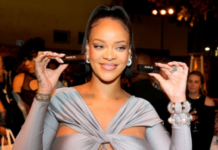