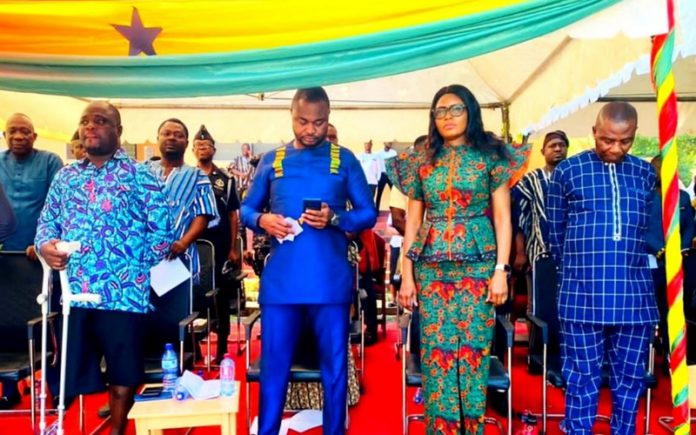 Richard K. Atikpo, a member of the 8th Council of State representing the Oti Region has pushed for ‘Operation Feed Yourself’ agenda in the Oti Region.

He made this known at the inauguration of the Jasikan Municipal Assembly on Wednesday 16th November, 2022 at the Assembly forecourt.

The Assembly was inaugurated as a result of coming into force of a Legislative Instrument (L.I) 2437, which elevated the Assembly’s status from a District to a Municipal.

In his observation as the Chairman of the occasion, he bemoaned the need to revisit the ‘Operation Feed Yourself’ initiative by having backyard gardens to produce the basic foodstuffs we need at home. He added that, that’s the only way to ensure food security in the area.

He also appealed to the Assembly to partner and support the locals to venture into agriculture.

He thanked the chiefs and the people for the peace and unity that the District continues to enjoy.

The Jasikan and the Kete-Krachi Districts were part of the Districts that were elevated into Municipality status on Tuesday and Wednesday in the Oti Region.

Also, in attendance were the Oti Regional Minister, MP for Buem Constituency, the MDCEs in Oti Region, and heads of Departments, Chiefs, the Clergy, Assembly Members, students and all stakeholders in the District.