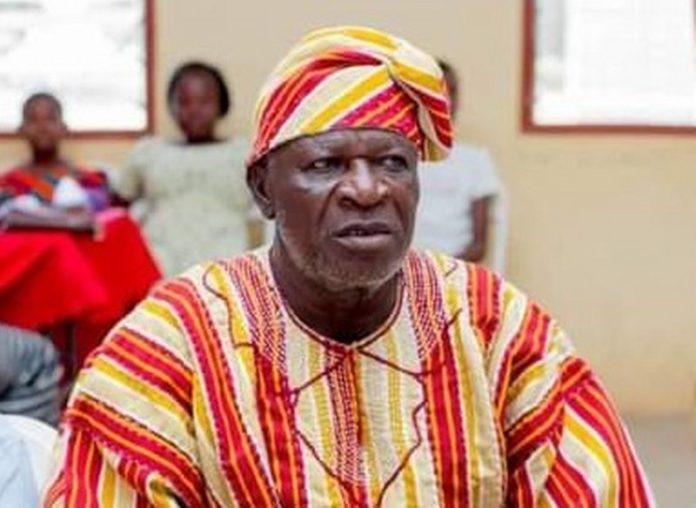 A retired lecturer of the Hilla Limann Technical University has been shot dead in Wa in the Upper West Region over a land dispute.

According to the police, the shot was from a pump-action gun.

The one who fired the shot has been arrested and is currently in police custody for murder and causing harm.

The suspect has reportedly told the police that he was under attack and fired to defend himself.

The police have identified him as Abdul Raman Yunusah, a 61-year-old businessman based in Wa.

There is a dispute over a parcel of land between two families, Abdul Raman Yunusah on one side and the deceased on the other side, according to the police.

The police commander disputed some media reports that had earlier suggested that Stephen Mane had been killed by a stray bullet when he went to a fuel station to buy fuel.

DCOP Ndekugri said there was a parcel of land in Wa near the Shell filling station which was under dispute between Abdul Raman Inusah and his family one side and Mane on the other side. He said they are both from the same extended family.

The police commander said preliminary information gathered is that Yunusah had sent his workers to the land and the elders asked him to withdraw from the land for them to first resolve a dispute.

He said the family had planned to meet on Wednesday (March 16, 2022) to arbitrate the issue, “however, yesterday [Wednesday] there was a funeral in the house and they could not sit down to arbitrate. So today Inusah sent his workers [back] to the site.”

DCOP Ndekugri said according to the other side, they went to sack the workers and the workers called Inusah on the telephone to inform him about the development and added that a group of people numbering about 50 had driven them off the land.

“And so he [Yunusah] picked his [Toyota] Tundra pick-up, [GE 650 – 13] drove to the place, and he had his gun inside… according to him, when he got there, and the group saw him, they turned to attack him, so he rushed into his car, whilst running his money fell and somebody took it according to him, I was not there, he picked the gun out [of the car] and according to him…”

The police commander said the police upon hearing of the incident deployed SWAT to the place to try and normalise the situation but when they got there, he [Inusah] had fired and scared the people away.

So the police quickly arrested him and brought him to the police station and later on went to pick up the casualty to the regional hospital, unfortunately, Stephen Mane, the retired lecturer was pronounced dead by the doctor on duty.

The police commander named other people involved in the case and injured as Iddris Alhassan, 46, an administrative staff of the University of Business Integrated Studies (UBIS), Haruna Umar, 34, a driver, Hamza Hamid, 19, a student and Amish Umar, a driver.

He said investigations are ongoing and Inusah is in custody for murder and causing harm.