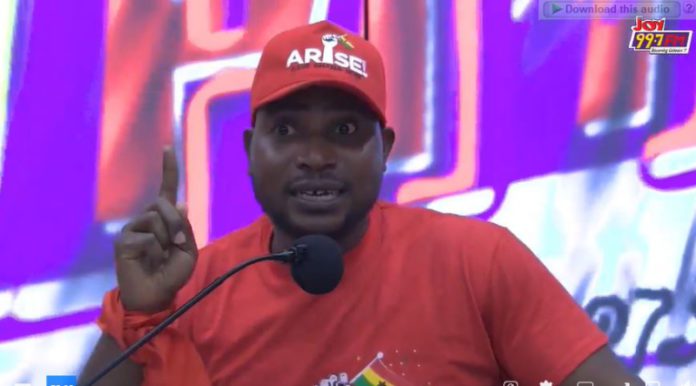 The organisers of the Kuromu Aye She demonstration, Arise Ghana, has clarified reports the Inspector-General of Police (IGP), Dr Akuffo Dampare footed the medical bills of one of the injured protesters.

Despite admitting the said protester received aid from the police, Arise Ghana, in a press release, indicated the events leading up to the hospitalisation and payment of the medical bills were not accurately reported.

Earlier reports noted that Eric Kwabena Dartey, one of the 29 arrested protesters suffered stomach ache for which he had to be rushed to the hospital.

However, with the absence of funds to foot his bills, the IGP had to cough up “GHC1,000 to foot my bills and also keep some as pocket money” claimed the victim in an interview.

But, Arise Ghana has alleged that starvation following their detainment is the reason the protester developed acute complications.

“These arrested protesters were severely starved by the Ghana Police as they were neither provided any meal nor allowed access to their family members to provide meals for them.

“It is this starvation of the arrested protesters that led to one of the detainees developing acute complications and was rushed to the hospital for urgent treatment,” a portion read.

Arise Ghana believes the police’s financial intervention was to save their faces, adding that the impression being created is “calculated to court unwarranted goodwill for the police”. 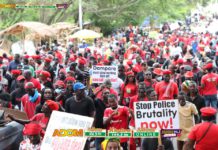 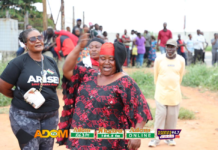