Gifty Anokye, a lady who almost lost her life during church service at Bethel Fellowship has narrated her ordeal.

Gifty went through her ordeal when she attended the church’s watch night service with the intention of putting her family under God’s care.

She narrated how she was handpicked from the congregation to be delivered of so called evil spirits the church claimed was attacking her family.

The pastor declined to attend to Gifty personally, according to her.

“He told me he would transfer his spirit and powers to a member named Frederick to rather attend to me,” she narrated

Speaking on Nhyira FM’s Ewiase Mu Nsem, a traumatised Gifty revealed that in the course of the deliverance, Frederick blew air into her nostrils, causing her to lose consciousness instantly.

She recalled how she was bathed with anointing oil in an attempt to revive her, leading to a temporal lost of sight in the process.

“When he blew air into my nose, I stiffened as though I had just experienced an electric shock. The [anointing] oil they poured on me burnt as pepper. My left eye became blurred at once but not even my cries for help will stop him from pouring more oil into the other eye. It was at that point that I blacked out,” she narrated.

According to Gifty who had been a member of the church for two years prior to her experience, none of the members checked on her when she was hospitalized as a result of the so called deliverance.

Gifty Anokye who has currently regained her sight vowed never to step foot in the church, adding she has lost faith in the church. 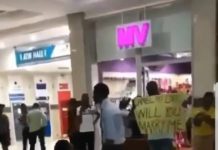 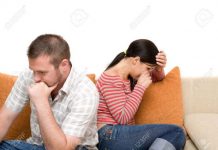 What man did to lady who turned down his proposal [Watch]