Social media commentators are currently discussing and sharing their opinions on Emelia Brobbey’s new song in which she featured Wendy Shay.

The numerous reactions have put the actress-turned-musician on top of the Twitter trends in Ghana.

Those sharing their opinions have described Emilia as a tough-skinned person, considering the trolls she has had to deal with recently when she released her first song, Fame Ko.

Emelia Brobbey was ridiculed by social media users for her Fame Ko single, a song that introduced her to the music scene.

But an unperturbed Emilia rode the tidal waves by deciding to collaborate with afro-pop singer, Wendy Shay, in her latest song which has since had positive reviews online.

While some have lauded her for a successful comeback, many others have advised her to improve on her vocals.

Check out some of the reactions on social media: 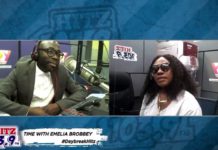 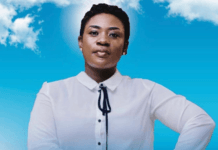