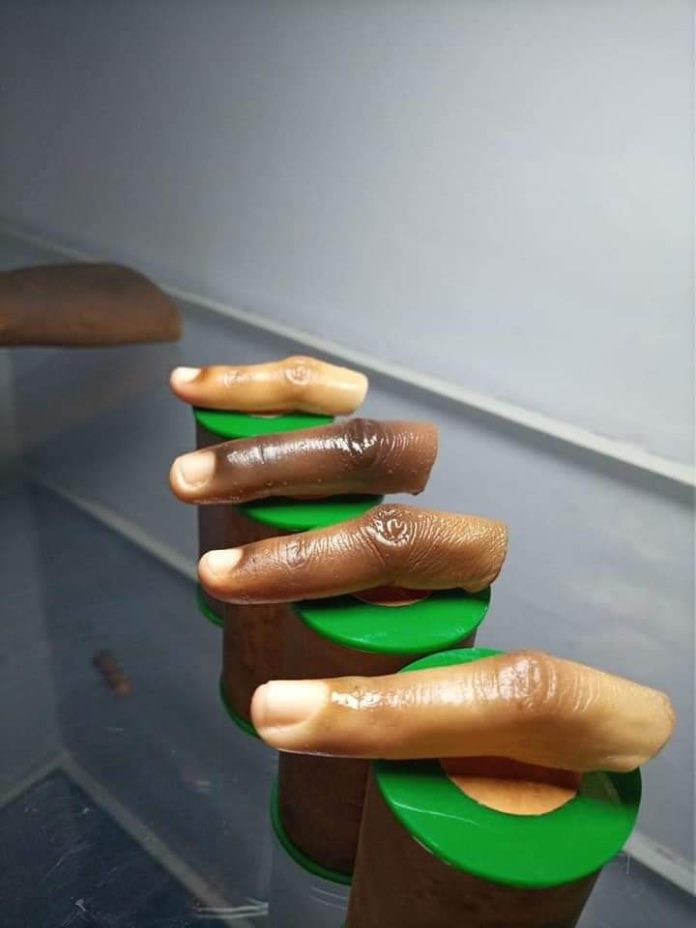 An innovator has caused a stir on social media with photos of his prosthesis designs.

Prosthesis, though necessary, has become a headache for many, as they fail to get matching parts for their lost parts.

This, an inventor identified as John Amanam sought to address when he manufactured dark-skinned human parts.

He flaunted his work, which ranges from fingers to wrist and even a foot, stating his core mandate is to restore confidence.

Netizens have hailed him for his dexterous works, describing him as a skilled and visionary craftsman.