Mr Rawlings, in a press statement, said it is gratifying that the President chose to approve the payment on compassionate grounds.

It is also noteworthy, it added, that the President’s decision was informed by the report of an investigative team that looked into the retired world champion’s petition before the payment was approved.

For decades now, the country has observed how outstanding sportsmen have become destitute because of the lack of a steady income and the payment will see D.K. Poison out of that league.

To Mr Rawlings, the testament of gratitude D.K. Poison can show to the President and the country, will be to manage the funds judiciously.

“I take this opportunity to urge our successful sportsmen to endeavour to manage their resources in a prudent manner as they retire relatively younger and have to contend with whatever resources they earned while in active sports.

“It is also important that our successful sportsmen show graciousness to some of our retired sportsmen who are in need,” it concluded.

Gyampo writes: Open Letter to the President and Vice President of the Republic 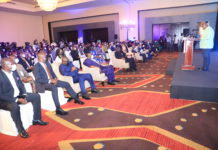