The President’s State of the Nation’s Address (SONA) was concise, erudite, straightforward and simple. He touched virtually on everything from where Ghana was, at the time he was sworn in as President, and what the situation in his view is, now.

I think generally, there’s been some honesty in telling us what has been done and in presenting to us the State of the Nation. I, however, have a few comments and critiques.

It cannot be entirely accurate that there is an abundance of food supply in Ghana. There are serious poultry issues and the price of basic food staples haven’t gone down. A simple survey of food prices among ordinary Ghanaian respondents will point to this.

Also, we cannot talk about our economy doing well without at least admitting the huge debt burden of about 297 billion heaped on the ordinary innocent people of Ghana now and the future.

Moreover, a speech coming just after our election that witnessed some deaths, should have contained some comment about the needless loss of lives, commiseration with the family of the departed, as well as some vow and commitment to resolving infractions of the law, with the view to forestalling the recurrence of such unwarranted deaths in any future elections.

We do not need a national conversation about illegal mining. It appears the President sounded wavering in his commitment to fighting galamsey.

His comments on this, doesn’t support his earlier decisive posturing of wanting to put his Presidency on the line in the fight against illegal mining. The disastrous effects of illegal mining on our water bodies, and on the very sources of human livelihood in Ghana, are unquantifiable, and the quest to maintain political power, should not be enough to make any regime relent in fighting it.

With respect, I think Osei Kyei Mensah may  rather be living in a dream land if he doesn’t learn the rubrics of sounding conciliatory in his utterances and comments in response to “provocations” from Iddrisu Haruna.

He must know that per our constitutional arrangement, the Fomena Constituency MP isn’t a member of the NPP, albeit he may choose to vote with them. This, coupled with the unprecedented voter attitude of Ghanaians in ensuring that parliament remain what it is likely to be, in the next few days, should make him approach his overly partisan commentary with some trepidation, going forward.

He may want to take a second look at the definition of what a Hung Parliament is. The definition is centered on POLITICAL PARTIES and not Independent candidates.

If coming events truly cast their shadows, then, respectfully, Haruna Iddrisu may also want to tone down and manage his emotions in a manner that may help to reduce needless intransigence and stalemates in the next parliament.

Finally, if the last SONA cannot be formally debated by Parliament, then it is about time we interrogated its relevance after doing it over and over again. If it is merely to provide parliamentarians with information about what has been done, then we can simply send the speech to the MPs electronically, rather than wasting resources to convene a sitting.

We must work to operationalise constitutional imperatives, else the rigid application of rules without contextualizing them, will keep ushering thinking human beings, into a regime of robots. 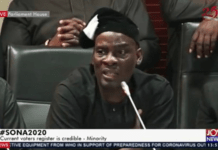 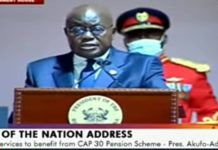 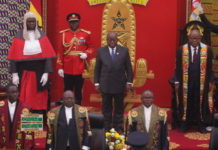