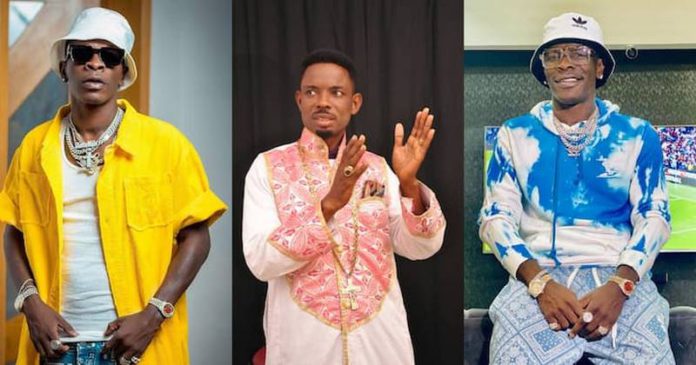 The man of God at the centre of Shatta Wale’s fake gun attack received a rousing welcome when he was remanded into prison custody for five days.

Bishop Stephen Akwasi Appiah, popularly known as Jesus ‘Ahuofe, said the inmates, who were in high spirit, welcomed him with Black Sherrif’s second sermon when he arrived.

As someone living in a mansion now lying on the bare floor, the leader of New Life Kingdom Chapel International said he wept the entire night.

“I was meditating one night when I heard one inmate scream: Jesus Ahoufe de asem beba and the others responded, asem beba oo asem beba,” he laughed.

This gesture by the inmates, the pastor said, comforted him a lot since he was broken-hearted by his predicament.

Jesus Ahoufe said he prayed and shared the word of God with the inmates until he was granted bail.

After spending just five days on remand, he described freedom as the most expensive commodity in the world.

Jesus Ahoufe urged Ghanaians to abide by the law and not take the freedom they have for granted.