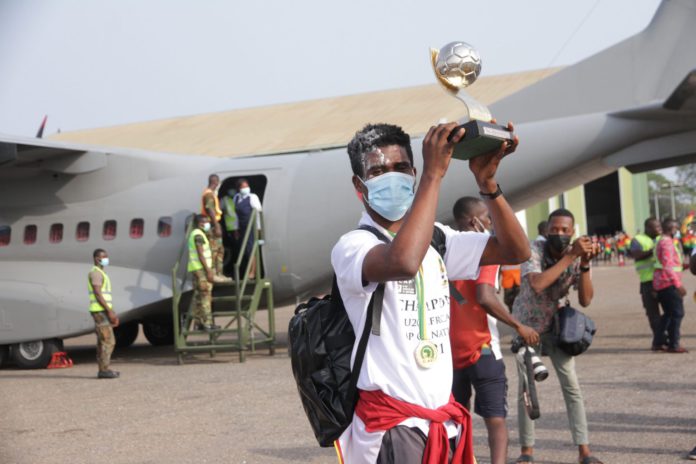 The playing body of the Black Satellites team will meet President Nana Akufo-Addo today at the Jubilee House after being crowned champions of Africa.

Ghana’s U-20 side emerged as the champions of the just ended 2021 Africa Cup of Nations hosted in Mauritania.

The Black Satellites defeated Uganda 2-0 in the finals on Saturday to win the ultimate despite a torrid start in the tournament.

The win means the Black Satellites have won the Youth Championship four times.

The technical team, management and the playing will meet President Akufo-Addo and present the trophy to him at the Jubilee House in Accra later today.