Bolivia’s President Evo Morales resigned Sunday, not long after the head of the nation’s electoral tribunal stepped down when allegations of irregularities with the presidential vote held last month sparked protests and ramped up calls for his ouster. “I resign my post as president,” he said in a televised speech.

A large crowd that formed in the capital’s main square rejoiced, some crying tears of joy. “This is not Cuba, nor Venezuela. This is Bolivia, and Bolivia is respected,” the crowd shouted.

Both Morales and Supreme Electoral Tribunal president María Eugenia Choque announced their resignations after a report cited a “heap of observed irregularities” in the disputed presidential election October 20, according to The Associated Press. His vice president, Álvaro García Linera, has also left office, BBC News reports.

“We are celebrating that Bolivia is free,” one protester at the presidential palace told AP.

Deadly protests broke out after Morales — a former coca farmer and Latin America’s longest serving leader — claimed a fourth term, which also triggered claims of fraud and a split among security forces. At least three people were killed and more than 100 injured during the clashes, which closed schools, businesses and public transportation.

“I ask you to stop attacking the brothers and sisters, stop burning and attacking,” Morales said Sunday.

Bolivia’s top military chief General Williams Kaliman had urged Morales to step down and pleaded with Bolivians to stop the violence.

A spokesperson for the United Nations secretary-general said Sunday that he is “deeply concerned” with the situation in Bolivia and asked those concerned “to refrain from violence, reduce tension and exercise maximum restraint.”

With 99.99% of votes counted in late October, Morales had 47.07% to 36.51% for former President Carlos Mesa, who finished second in the nine-candidate field, according to AP. That gave Morales a 10.56-point lead, a little more than a half point over the threshold he needed to win an outright victory and avoid a second-round ballot in December probably against a united opposition.

Mobs torched electoral offices in Sucre and Potosi days after the election, while rival supporters clashed in the capital La Paz.

The Organization of American States issued a preliminary report on Sunday saying it found wide-scale data manipulation and could not verify the results of the presidential election.

Earlier on Sunday, U.S. Secretary of State Mike Pompeo tweeted his support for the OAS report, “recommending new elections in Bolivia to ensure a truly democratic process representative of the people’s will.”

Russia, however, was quick to dismiss the criticism of the Bolivian election that led Morales to step down, suggesting the populist Bolivian leader had been the victim of an “orchestrated coup,” in spite of the fact that Morales stepped down voluntarily.

Morales a native Aymara from Bolivia’s highlands, became the country’ first indigenous president in 2006 and easily won the two following elections. He paved roads, sent Bolivia’s first satellite to space and curbed inflation, according to AP. He was in power for 13 years and nine months.

The 60-year-old has faced growing dissatisfaction — especially over his refusal to accept the results of a 2016 referendum to keep limits on presidential terms. The country’s top court, considered by critics as friendly to the president, ruled that limits would violate Morales’ political rights as a citizen, AP pointed out.

Soon after news of Morales’ resignation, many Bolivians took to the streets in celebration, waving flags and setting off fireworks. Car horns began sounding in La Paz and other cities, AP added.

AP reported that 20 members of Bolivia’s executive and legislative branches were at the official Mexican residence in the capital seeking asylum. An official in the Mexican government tweeted late Sunday that if Morales requests asylum, the country would grant it to him.

Morales tweeted Sunday night in Spanish, which in translation read: “We are called a dictatorship by those who lost to us in so many elections. Today, Bolivia is a free nation, a Bolivia with inclusion, dignity, sovereignty and economic strength.” 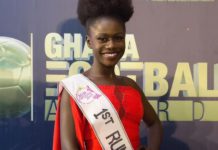 AUDIO: I have been neglected – NPP’s Abronye cries

For Men: 6 Ghanaian foods that improve sperm production and fertility