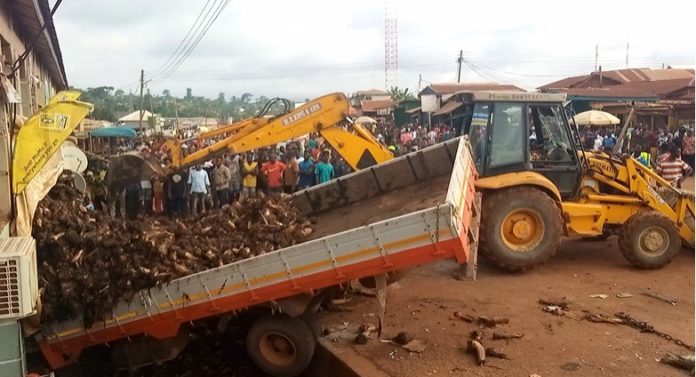 A pregnant woman carrying her son to school have both been killed in an accident involving multiple cars.

The victim and her uniformed two-year-old son were crashed to death when a Kia Rhino with registration number AS 9238-22 which was transporting plantain suckers rammed into a shop.

Per eyewitnesses’ narration, the truck plying the Sehwi Juaboso road failed brake and rammed into two private cars and a tricycle before veering into the shop.

The pregnant woman and her son, who were in front of the shop, were crashed to death.

While the child died on the spot, the woman was pronounced dead at the Juaboso government hospital.

The tricycle rider as well as two others who were injured are receiving treatment at the same hospital.

The Kia Rhino driver is currently at large. 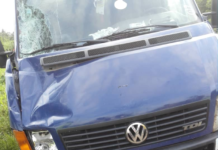 Goalkeeper crashed to death while chasing ball during Gomoa friendlies