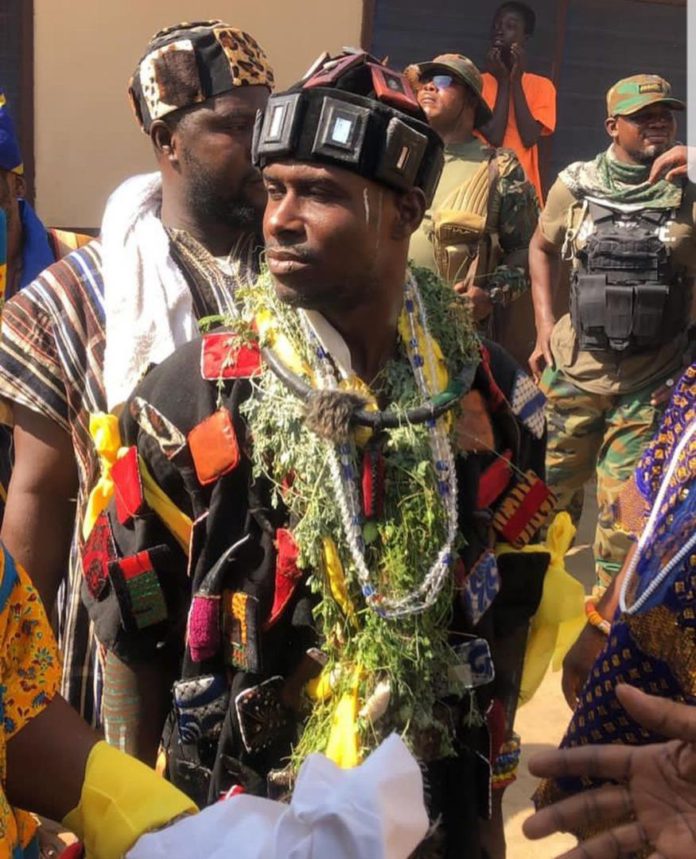 The entertainer was enstooled the Asafoatse of Oyibi under the auspices of elders and traditional leaders following final rites on Thursday.

His name was changed from Godfred Bortey to Nii Borketey Logojoo II.

Photos he shared on social media captured him draped with plants while donning kingship regalia.

His coronation was done amidst heavy security and multitudes who cheered him on in acceptance of his new role.

Until his enstoolment, DJ Godday used to be the official DJ for rapper Edem.

He rose to limelight in 2007 when he made a record as an entertainer to hold down customers with back to back mixtape for over 25 hours non stop.

He has won 11 individual Awards outside Ghana and in 2014 and 2015, DJ Godday was nominated in the categories of Artiste DJ of the year twice and Mixtape DJ of the year.