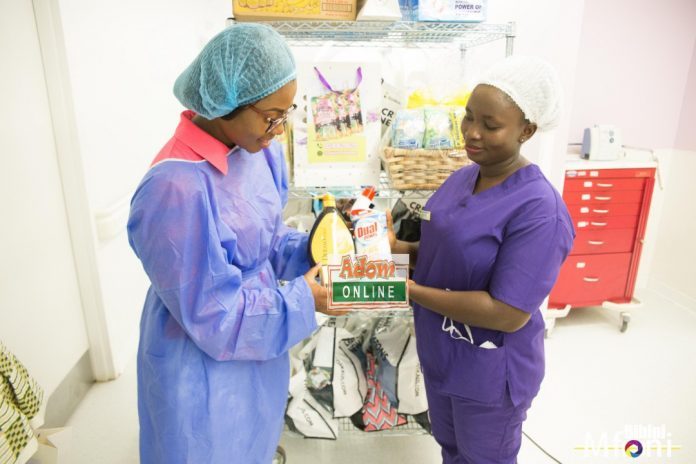 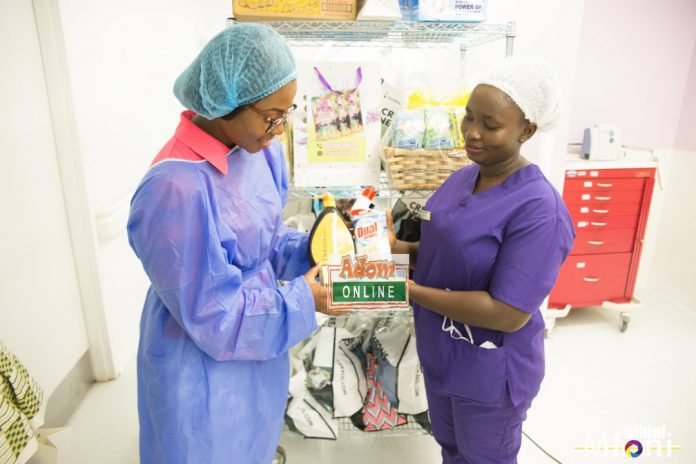 It was a sight to behold when Host of Nkwa Hia on Adom TV who also hosts Nyinsen
Ne Awo) and her crew made an unexpected appearance at the Labour,
Recovery and Theatre rooms of the Greater Accra Regional Hospital to surprise
women who delivered on Mothers’ Day

The beneficiaries were first-time mothers and women who
delivered on Sunday, May 12 to coincide with this year’s day of mothers.

The fresh mothers who were unaware of popular radio and television
host’s visit were beside themselves with joy even in their pain.

Afia Amankwaah and her production team stormed the hospital
with items such as baby foods, baby clothing, washing powder, liquid soaps,
rice, assorted drinks and many others.

The midwives and nurses who were on duty were also happy to
receive the crew and the gifts which brought smiles on the faces of their
patients who went through so much to give life on the very day the world was
celebrating mothers.

Below are some photos of Afia Amankwah Tamakloe and her team at the hospital: