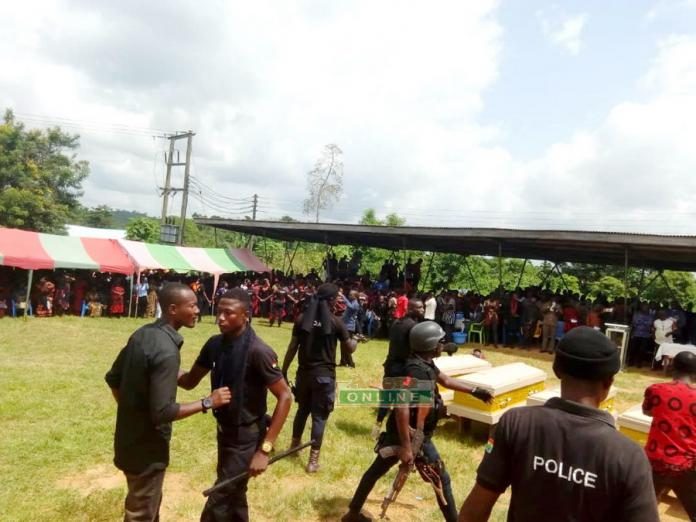 The Anyinam District Police in the Eastern Region halted the burial of a 46-year-old man, Kwabena Asante, who was allegedly killed by his elder brother, Kwadwo Asamoah (aka Akyem Boye) but was going to be buried by his family without informing the police.

Asamoah, 40, is alleged to have assaulted his brother after which he hit his head with a club, killing him instantly on April 26, 2019.

The police is yet to apprehend Asamoah, for investigations into the matter to begin.

The deceased, according to the Eastern Regional Police Public Relations Officer, Mr Ebenezer Tetteh, was later laid in state by the family in preparation for his burial.

“On receiving the report, the police went to Adasawase and saw the body lying in state awaiting conveyance to the cemetery.

With assistance from some family members of the deceased, the body was conveyed to the Ankaase Chad Mortuary for physical inspection,” DSP Tetteh stated.

Inspection carried out on the deceased at the morgue, according to DSP Tetteh, revealed that he was bleeding from the nostrils.

“It was also detected that the deceased had an injury on the occipital area of his head with a swollen right eye, bruises on the right shoulder and a cut on the right thumb,” he added.

DSP Tetteh said the body was subsequently photographed, conveyed and deposited at the Police Hospital mortuary in Accra for preservation and autopsy.