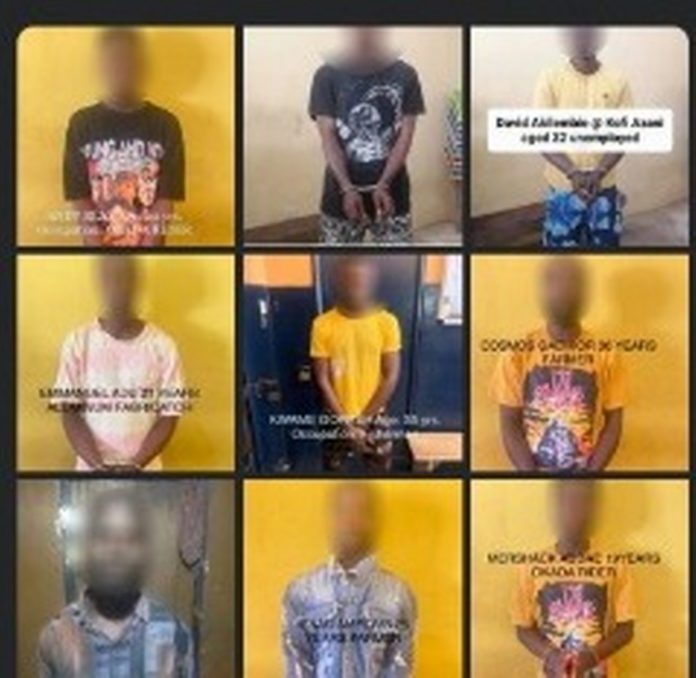 The Western Regional Police Command has, so far, arrested eleven persons for their involvement in the attacks on the Esiama Divisional Headquarters, the Nkroful Magistrate Court and the Ellembelle District Assembly on April 1, 2022.

The arrests were made through sustained operations.

They were arraigned before the court in Takoradi on various dates.

All eleven accused persons have been granted bail by the court in the sum of Ghc 30,000.00 each with three sureties, two to be justified.

Five who were able to meet the bail conditions have been released with the remaining six still in custody awaiting the fulfilment of their bail conditions.

These were contained in a statement from the police which indicated: “We have intensified efforts to pursue and arrest other suspects who are on the run and bring them to face justice.”

Meanwhile, the outfit has assured the good people of Ghana that we will not relent in our efforts to ensure that law and order prevail in our society.