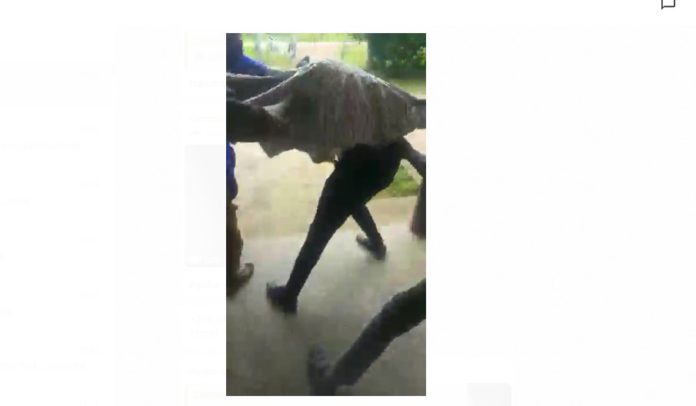 Police in the Upper West Region say they are investigating the video of a man who was allegedly assaulted on the suspension of having an amorous affair with another man’s wife.

In the video that has since gone viral on social media, a woman and man are seen in what appeared to be hotel room.

The scene is immediately followed by a man beating the woman before the others turned their attention to the man, kicking and beating him before eventually stripping him naked.

The men then used canes to lash the victim while he laid helpless on the floor.

He said the police have taken up the matter since sighting the video on Saturday, adding however that the victim (man) is traumatized following the incident.

DCOP Sarpong said his outfit has begun investigations into the matter with the male victim assisting the police.

He also confirmed that the woman has also been invited.