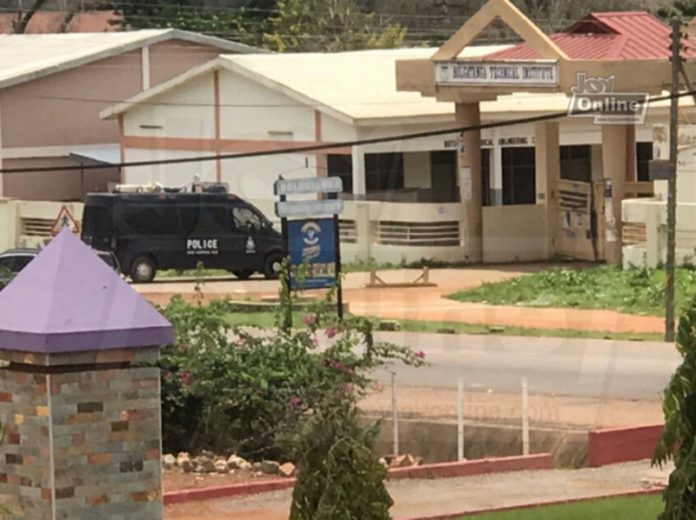 There was chaos at the Bolgatanga Technical Institute after police arrested a number of staff and students over the alleged leaked examination questions.

According to reports, on Monday, officers from the National Investigations Bureau who were monitoring ongoing exams at the school arrested two students pocessing mobile phones.

The NIB officials after going through the devices found some questions believed to be the exam paper they were writing.

During interrogation, it was alleged that a staff of the school had created a WhatsApp group where leaked examination questions were sent.

Earlier in the evening, the arrested students were bailed by the school’s management.

The officials on Tuesday took the students together with some accused staff back to their office to continue with their investigations.

However, students of the Bolgatanga Technical Institute started agitating and demanded to see their colleagues.

The students vandalised school property, including the cars of some management members.

More police were called into the school to control the students.

They reportedly fired warning shots and tear gas. Calm has returned to the school amid heavy security presence.