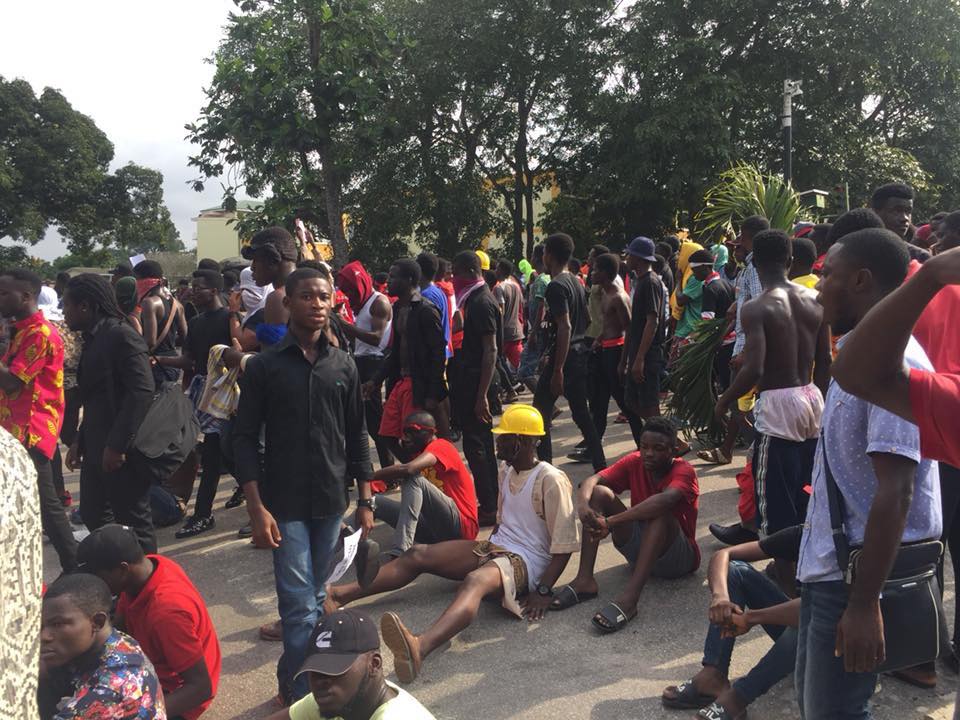 Police in the Ashanti region has arrested two persons for agitating on the Kwame Nkrumah University of Science and Technology for the return of University Hall, Katanga, to an all-male hall.

The two are part of the 2017 year group of KNUST alumni.

According to the Ashanti regional police they are being processed for court.

About five military/police patrol vehicles are currently patrolling the campus as first-year students arrive on campus to begin their registration process.

The arrest follows fresh agitation on Thursday which authorities say threatened the peace and security of the university community, Luv FM’s Erastus Asare Donkor has reported.

It is feared if the latest agitation is not halted it may develop into a series of violent protestation as it did last year.