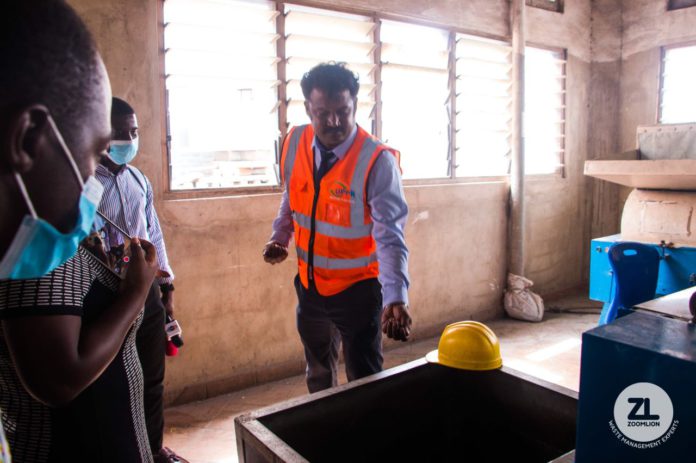 The General Manager of UPPR, Perumalsamy Suresh Kumar, has called on Ghanaians to separate their plastic waste at home and forward them for collection or Buy back centres for sale. He said people could make a decent income if they collect broken or used plastics for sale.

“UPPR is ready to buy such plastics for processing into waste bins, buckets, chairs and other plastic products,” he said.

Mr. Kumar said this when the company organised a one-day tour of the company for journalists in Accra.

The tour, which came off on Wednesday, March 16, 2022, at its head office at Borteyman in Tema, afforded the journalists an opportunity to learn at first hand the the operations of the plastic company.

UPPR Ghana Limited, a subsidiary of the Jospong Group of Companies organised the one-day media tour for journalists in Accra.

Established in the year 2013, UPPR is one of the leading producers of top quality injection moulded waste bins in the West African sub-region.

According to him, UPPR also recycles waste plastics and turn them into useful items for domestic use.

He used the opportunity to call for support from both the government and other corporate bodies to enable them expand, and help curb the plastic waste menace in the country.

“We want to process PET bottles on a large scale but we also need funds and support from Government, our activities can go a long way to solve the plastic pollution menace in the country,” he added.

Welcoming the press to the company, the Head of Administration of UPPR, Mrs. Isabella Gyau Orhin, said the company supports the United Nations in its quest to build sustainable cities and communities as stated in the Sustainable Development Goals number 11 as well as goals numbers 14 and 15 which talks about ‘Life under water’ and “Life on land respectively.

This can easily apply to plastic pollution on land and in the sea.

“We also believe in the President’s vision of making Accra a cleaner city in Africa,” she said adding, “UPPR has since its seek to rid the cities and communities of filth by processing used plastics and adding value to them and turning them into other usable household and industrial products,” she added.

She also said the company operates a buy back centre at its premsies and has been processing PET or water bottles for export in recent times.

“We must say that although plastics have become a nuisance in some coastal communities among other places, they could help the economy if we look into the area of recycling and offer a helping hand to companies involved,” Mrs. Orhin said. 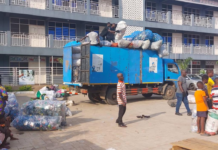