A Bernd Leno blunder gifted Everton all three points as they boosted their chances of making the top four with a first away win over Arsenal since 1996.

Kick off was preceded by the sight of a large crowd of supporters outside the Emirates Stadium protesting Stan Kroenke’s ownership of Arsenal amid the fallout from the European Super League story.

The match itself was something of a slow burner with neither side taking a grip of the first half, although Gylfi Sigurdsson came close to breaking the deadlock with a freekick effort that struck the top of the crossbar.

Arsenal looked to have won a penalty kick not long into the second period after Richarlison fouled Dani Ceballos in the box, but VAR was used to spot that Nicolas Pepe had been offside in the build-up.

Both sides continued to lack urgency and intensity, but Everton took the lead on 76 minutes when Leno inadvertently diverted a Richarlison cross to the near post into the back of his own net.

The result deals a blow to Arsenal’s chances of qualifying for continental competition through the Premier League, while Everton have now moved to within just three points of Chelsea in fourth place. 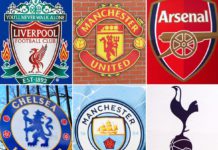 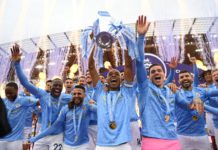 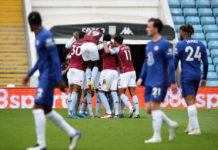 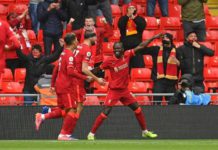