A young man believed to be 27-years-old has met his untimely death after a tipper truck run over him in an accident at Las Vegas Junction near Gomoa Budumburam on the Kasoa Cape Coast Highway.

The accident which occurred around 10:30 am involved two motorbikes and a tipper truck with registration number GN 9404-17. 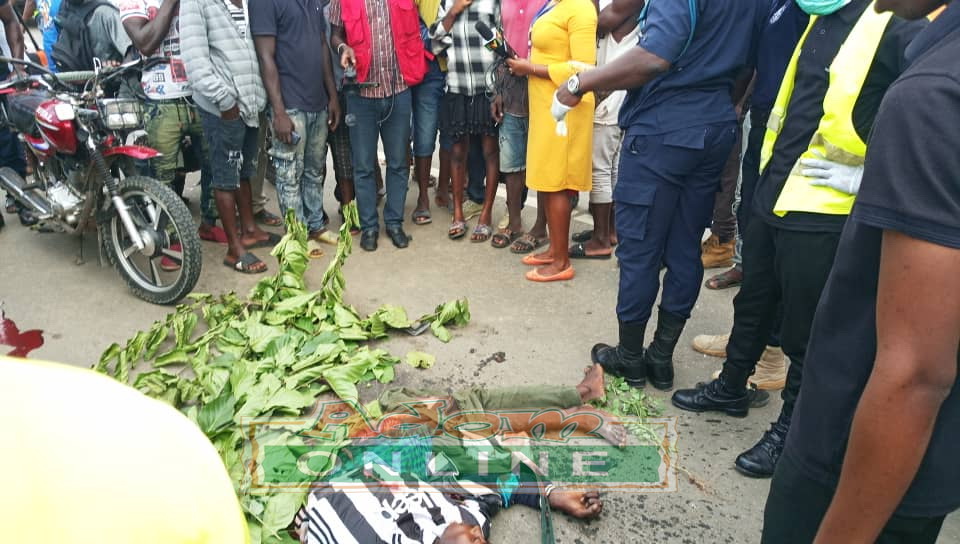 In an interview with an eyewitness who was identified as Isaac Acquah, he said the Okada rider lost control of his motorbike while trying to overtake another motorbike that was ahead of him.

“I sell here and what I saw was that there was vehicular traffic here and an on-coming tipper truck which was overspeeding. So the first rider who saw the truck and feared for his life slowed down but the second who didn’t see the truck tried to overtake and his steer hit the first rider’s steer and landed him in the tipper’s lane and that was how the tipper hit him. There was nothing the tipper driver could have done to save him,” the eyewitness explained.

About 8 people have lost their lives and about 32 others severely injured in the last four days on the Kasoa-Cape Coast highway.