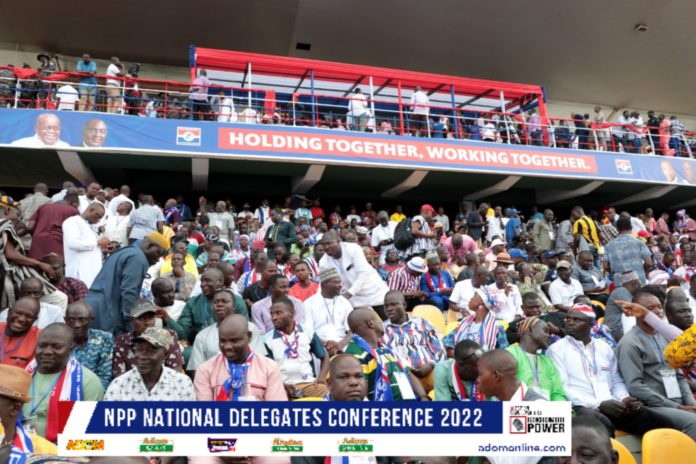 The most anticipated National Delegates’ Conference of the New Patriotic Party (NPP) is underway at the Accra Sports Stadium.

Over 6,000 delegates from the 16 regions have converged at the stadium to elect new national executives to steer the party’s affairs in the next four years.

The delegates are expected to vote for some 46 aspirants who are contesting for the various national executive positions of the party.

Commencement of the Conference which was scheduled for 9:00 am at the Accra Sports Stadium delayed due to the late arrival of some delegates and party stalwarts.

The delegates, however, started arriving in droves at about 2:00pm.

The conference was addressed by the outgoing National Chairman, Freddie Blay and President Akufo-Addo among others.

Below are photos from the conference: