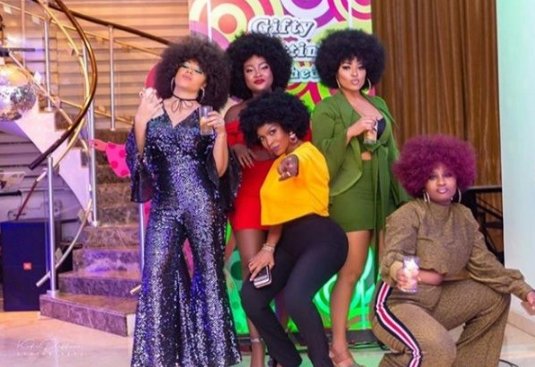 Rumours have it that actor John Dumelo and wife Gifty Nkornu are about to tie the knot in a white wedding a year after they had their traditional marriage.

Actress Nadia Buari, who is a friend to Mr Dumelo’s wife, teamed up with her friends to throw a bridal shower for her.

In one of the photos from the 70s themed bridal shower, Gifty can be seen wearing a sash with ‘bride to be’ written boldly on it.

Award-winning actor, John Dumelo married his wife Gifty in a traditional wedding on 12th May, 2018, and it is just a few days to their 1st anniversary.