The mortal remains of late former Secretary-General of the United Nations (UN), Busumuru Kofi Annan has arrived in Accra. 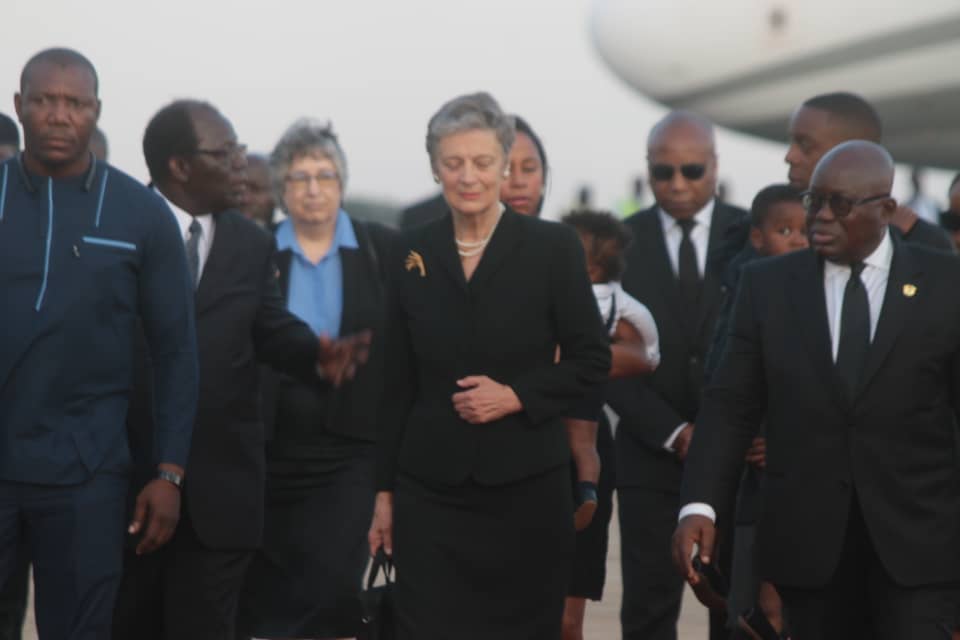 The body of the global icon was accompanied by his wife, children and some UN officials, and was received at a brief ceremony to be led by President Nana Addo Dankwa Akufo-Addo.

The Nobel Laureate died at age 80 in Bern, Switzerland, on Saturday, August 18, surrounded by his wife, Nane Maria, and their children Ama, Kojo and Nina. 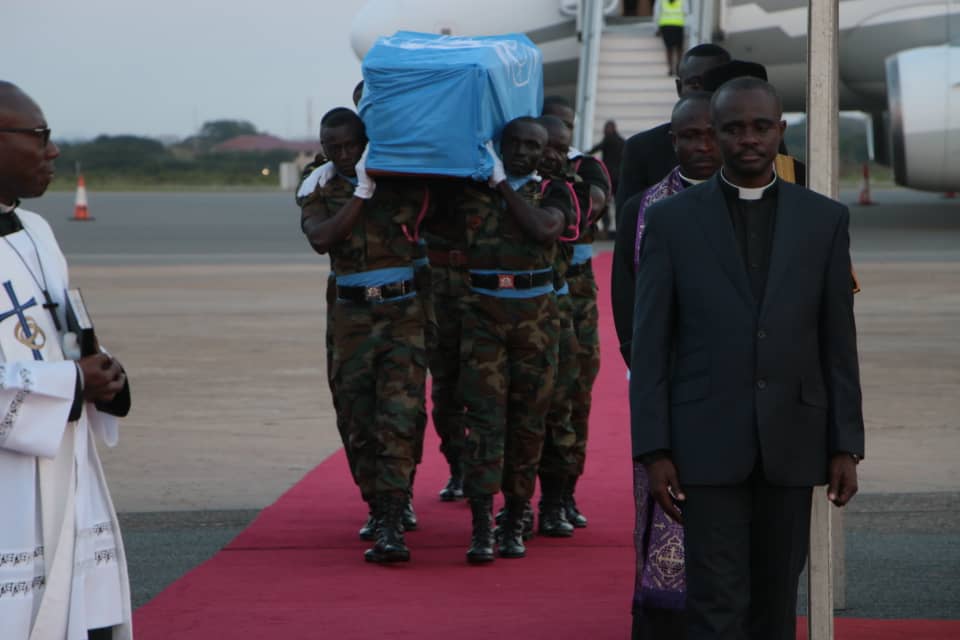 Annan will be accorded a state burial and his body interred at the new Military Cemetery in Accra on September 13, 2018 after burial service at the Accra International Conference Centre (AICC) on Wednesday, September 12. 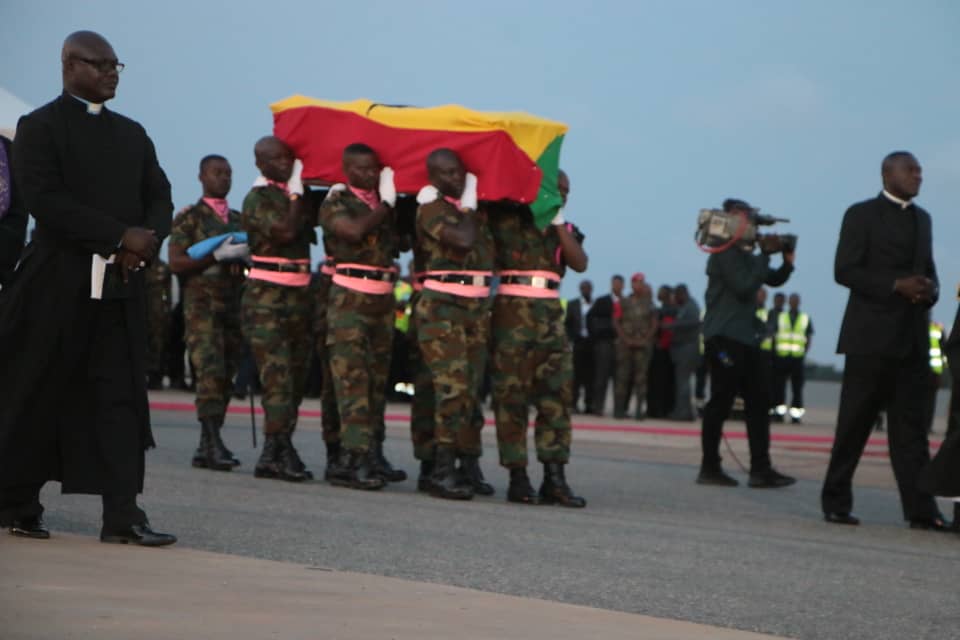 An outline of the programme issued by a member of the Kofi Annan Funeral Planning Committee, Mr Kojo Oppong Nkrumah, who is also the Minister of Information designate, said the general public would be given the opportunity to file past the remains on Tuesday, September 11, 2018. 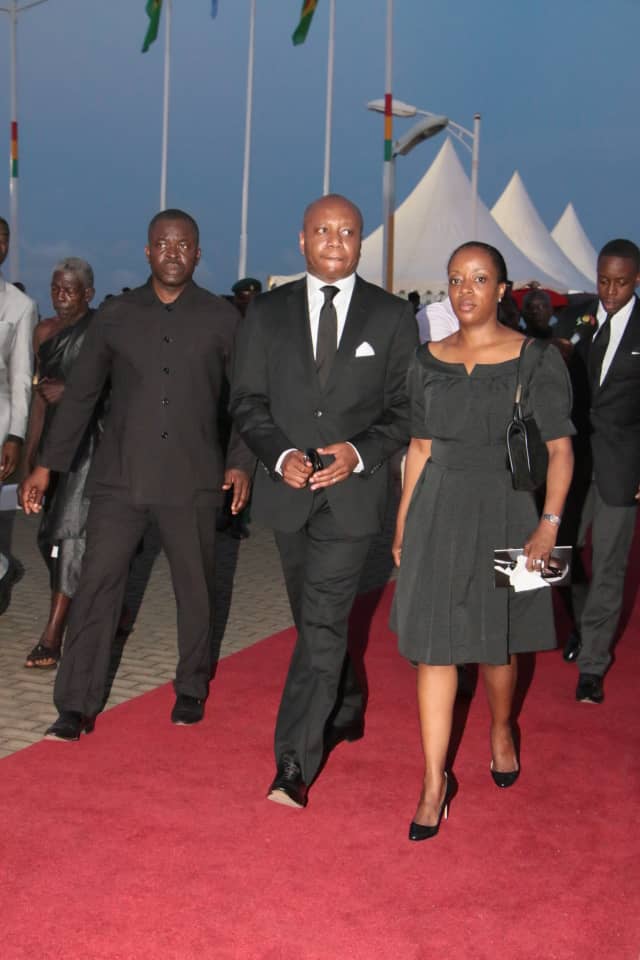 It said dignitaries, including chiefs, Members of Parliament (MPs), ministers of state, and members of the diplomatic corps would file past the body on Wednesday, September 12, 2018. 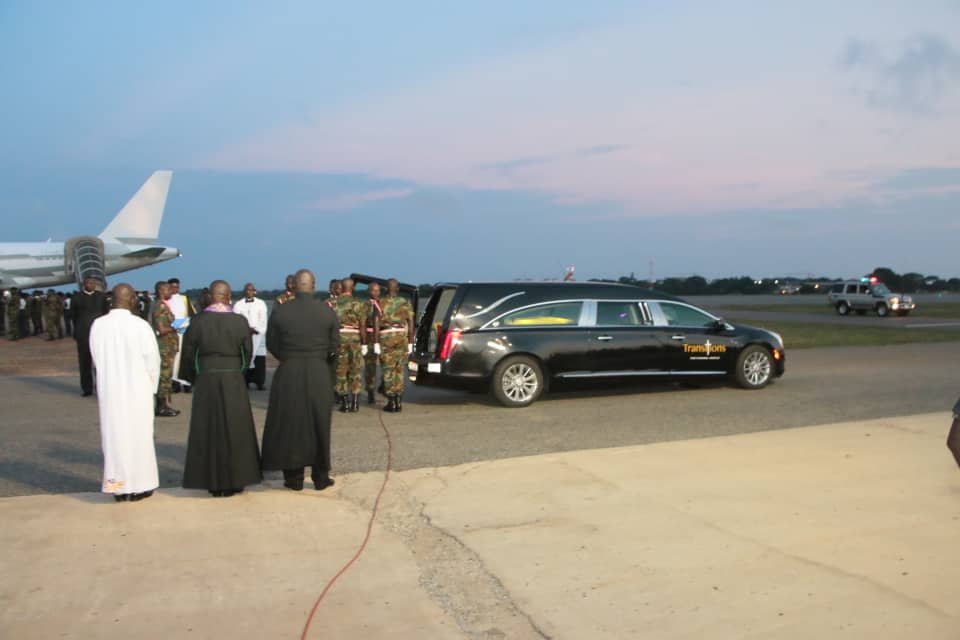