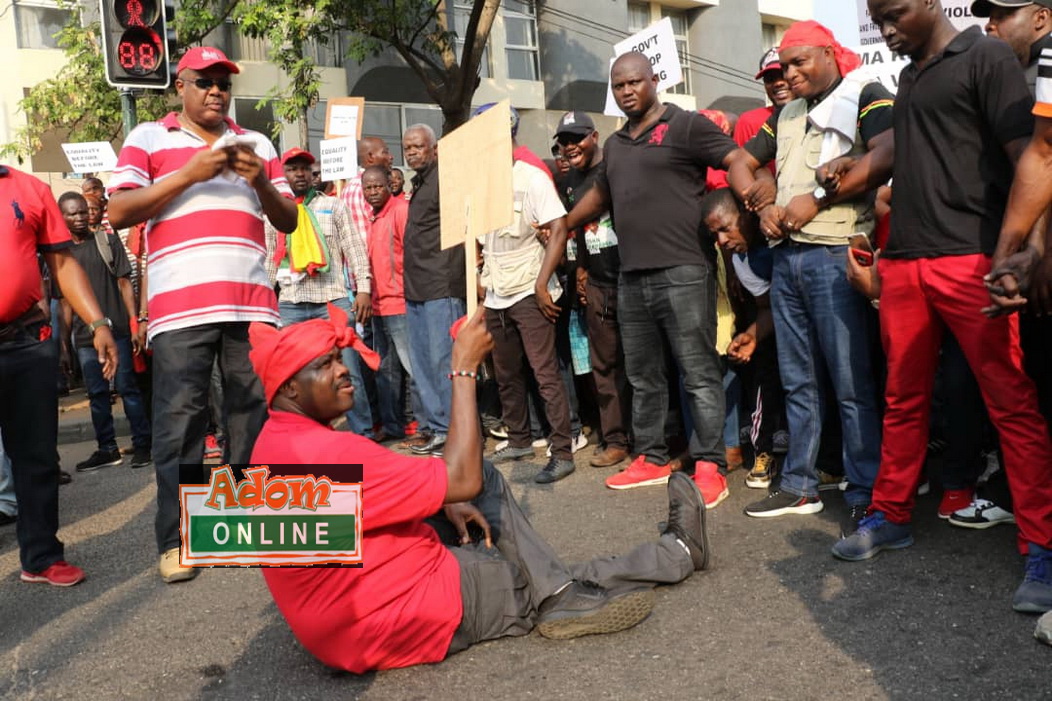 The Inter-Party Coalition for National Sovereignty comprising of the largest opposition party and about eight other political parties hit the streets of Accra Thursday morning to embark on a peaceful protest dubbed “Aagbe Wo”.

The demonstration, according to the coalition is to protest the rising incidences of terror following the violence that rocked the Ayawaso West Wuogon Constituency by-election on Thursday, 31 January 2019.

The demonstration has been peaceful as it was expected to be, Adom News’ Kwame Kulenu who is following the event has reported.

Below are some photos of the demo as captured by Adomonline.com photojournalist, Gershon Mortey.