The European Union (EU) has donated 50 recycling bins to ten schools in the Ga East Municipality of the Greater Accra Region to help segregate their waste.

The donation comes after the Waste Management Department of the Municipal piloted a waste segregation program in schools, organizations and institutions.

The segregation program is aimed at providing the needed waste material to feed recycling and waste to energy plants.

READ: AUDIO: I won’t contest if I were Mahama – Bagbin 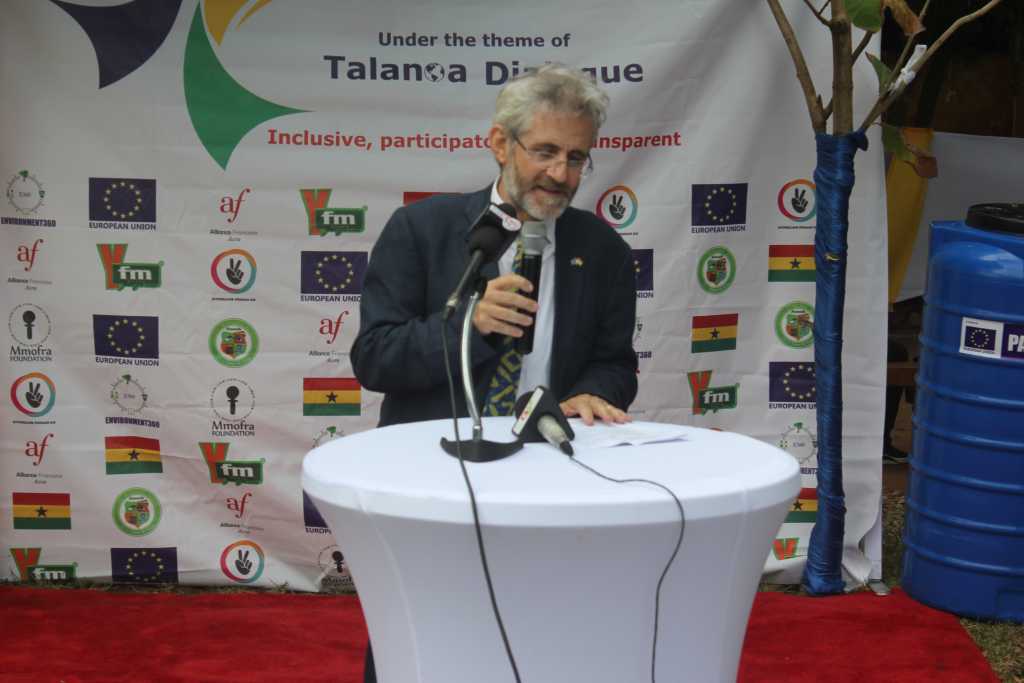 The Acting Head of Mission of the EU Delegation to Ghana, Paolo Salvia said they believe donating bins to schools will go a long way to shrink filth as part of the President Akufo-Addo’s vision to make Accra the cleanest city on the Africa continent in the next four years.

He said 500 children in the Municipality will have the opportunity to learn about the importance of Reducing, Reusing and Recycling (3Rs) through an interactive stage play, featuring, eco-hero Jaku and his friends.

Mr. Salvia said climate change is happening and its adverse impacts are being felt all over the world and therefore, the EU sees an opportunity to focus on the possible solutions associated with low-carbon transformed, while also enhancing cooperation and trust.

This could also be the right opportunity to see some positive evidence of the implementation of Nationally Determined Contribution decided some years ago. 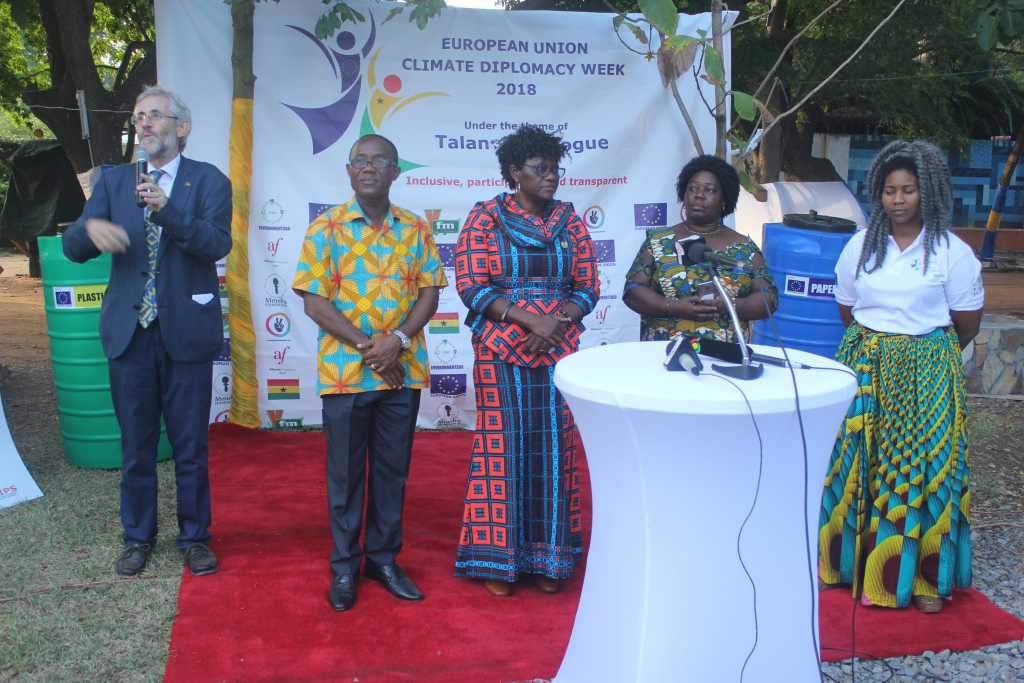 The Municipal Chief Executive, Janet Tulasi Mensah said they have created sanitation clubs in 31 schools in order to champion the sanitation in the country.

She believes that sanitation is a major topic that needs to be treated to sink down the mindset of Ghanaians.

Madam Tulasi Mensah said they will also collaborate with Sege DCE to drive the vision of sanitation in their assemblies as she pleads to Ghanaians to support the President in everything he does.