A couples’ excitement and expectation for the delivery of their second child on Saturday turned into a surprise after 28-year-old Asmawu Abdallah gave birth to Siamese twins.

The twins, born at the Ejura Government Hospital, are conjoined at the abdomen.

Doctors at the hospital had to perform a caesarian section to remove the children after the mother had undergone a similar surgery two years ago.

The C-section started at about 6:30pm and ended at 7pm Saturday night.

The medical superintendent who carried out the C-section, Dr Mensah Manye, said that conjoined twins are very rare and this case is the first of its kind to be recorded at the facility.

“This is the first time we are recording this.” But that is not the first for Dr. Manye to have carried out in the country.

Five years ago, he performed a more complicated case at New Edubiase hospital in the Ashanti region. In that case, he said, the twins shared vital organs like the heart and lung which were very delicate.

According to Dr. Manye, the children died shortly after delivery because the scan failed to indicate they were conjoined and doctors could not have considered a C-section.

Dr. Manye and his team had to perform other functions to save the life of the woman.

Madam Asmawu, is however, leaning on her faith hoping that her daughters will survive.

But Dr. Manye says her children’s case is not complicated and that they are due to be transfered to the Komfo Anokye Teaching Hospital for further medical attention.

We will pull a surprise in Ashanti Region – Ofosu Ampofo 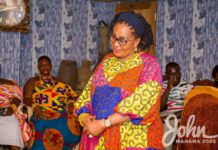 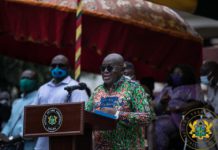