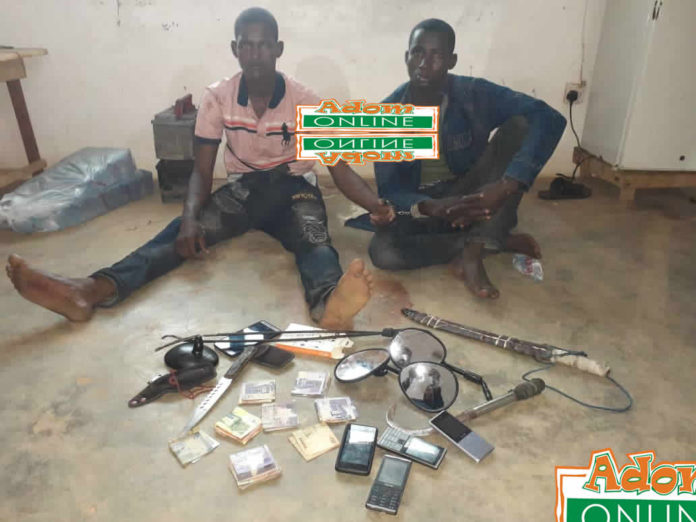 Two suspected robbers have been arrested by a police patrol team in the Savannah region for their involvement in robbery on Monday.

The two suspects, identified as Mustapha Mumuni, aged 20, and Ali Bukari, 20, were arrested around 4:00 pm on Wednesday.

According to the District Police Commander, Degraft Adjei, they were arrested after a hot chase by the patrol team when the suspects tried to escape on a motorbike with registration number M-19-UW-5099.

“Five mobile phones and GH¢939.00 were retrieved from them after which a search in their homes at Tuna and Gindabour was done,” he said.

In suspect Bukari’s home, a jack knife, dagger, metal, two pairs of motorbike mirrors, two mobile phones and two covers, an ear piece and a metal whip were found. However, nothing was found in suspect Mustapha’s home.

The suspects are currently in police custody with investigations ongoing.