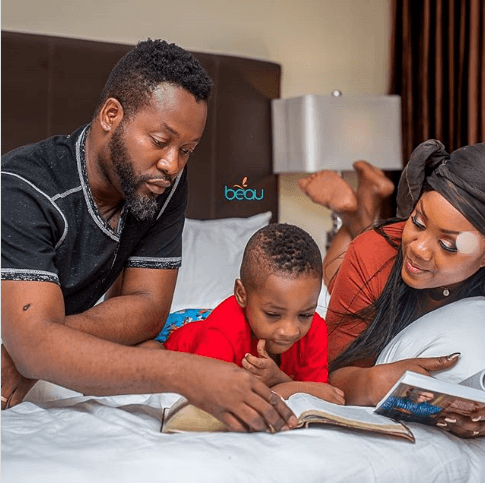 Adjetey Anang, an award-winning actor has finally shown his son to the world after seven years of childlessness.

The actor revealed that the most difficult part of his 12-year-old marriage was when they had to wait for many years for a child.

Seven years of wait for their first child brought untold pain and struggle.

This is mainly because society disrespected them, while they themselves were anxious. Anang took to Instagram to post photos of his lovely son, advising people that patient is the key to success.

He also shared some relationship tips indicating that it is very important to maintain a family culture.

Meanwhile, in an earlier report by adomonline.com, Pusher revealed that washing of dishes in his home was his topmost priority.

He explained that, that was a way he could help the home grow neatly, stressing that washing of dishes and other domestic chores are not restricted to wives only.