Police in the Ashanti region have killed seven suspected armed robbers in a shoot out in the Manso area.

The seven are said to be the armed robbers whose attack reportedly led to the death of a Police Officer with the SWAT Unit of the Ashanti Regional Police Command.

The deceased officer, Lance Corporal Daniel Teiku, was on duty with his colleague, Lance Corporal Eric Nsiah, when eight masked men attacked the vehicle they were travelling in at Ayirebikrom near Manso Nkwanta on July 13. 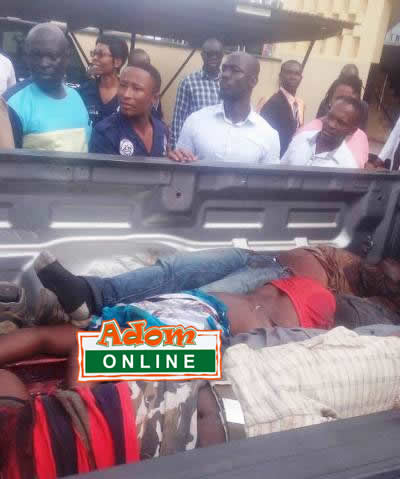 Luv News’ Erastus Asare Donkor who followed the case reported that, the police returned fire when deceased attempted to attack some Chinese nationals at Manso Nkwanta.

The bodies of the seven persons have been deposited at the Komfo Anokye Teaching Hospital morgue for autopsy.

Erastus added that, the police have postponed an intended press briefing on the incident to Wednesday, July 18, 2018.