A Ford minibus, travelling from Sunyani in the Brong Ahafo region to Kumasi in the Ashanti regional capital collided head-on with a cargo truck travelling from Mankraso.

The crash left eleven male passengers dead on the spot including the driver of the Ford minibus and one other female passenger. 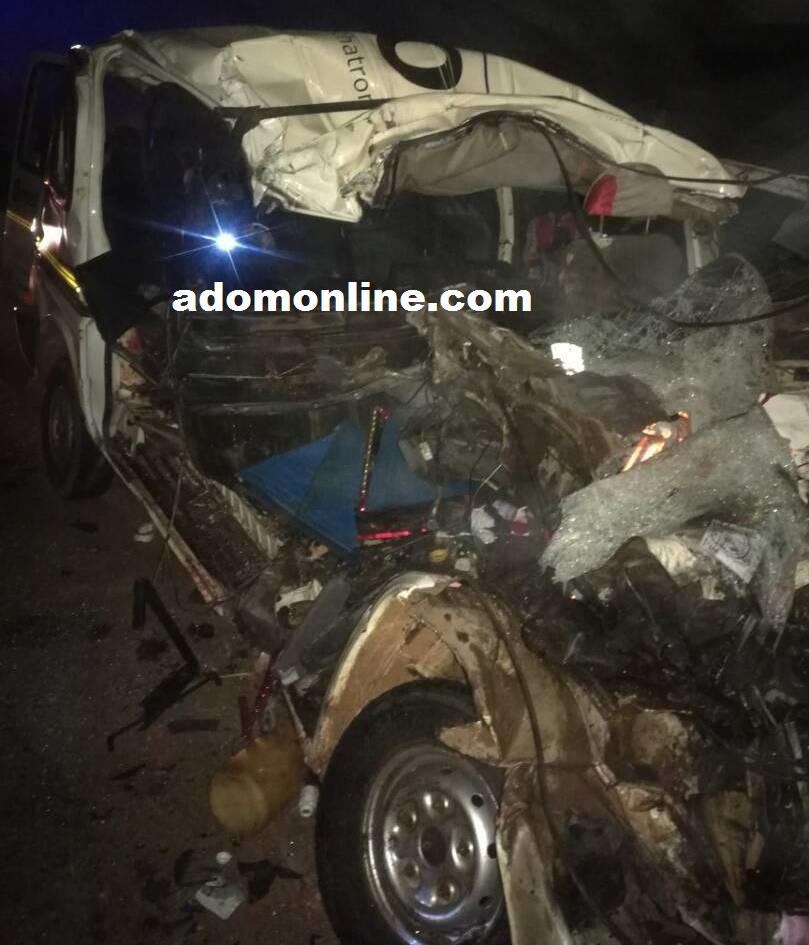 Three people, including the driver of the Benz cargo truck who survived the accident, are currently on admission at the Bechem Government Hospital.

It took Fire Service several minutes to arrive at the scene from Sunyani after police from Mankraso were called to help convey both the injured and dead to hospital as well as manage traffic.

RELATED STORY: We did what we could about the accident prophecy – Ebony’s manager

This is the second time in three months that fatal accident has been recorded on that stretch.

Hiplife artiste, Ebony Reigns, her friend- Franklin Kuri and military officer said to be her bodyguard  Atsu Vondee died on the spot when their Jeep vehicle crashed into a bus on the Mankraso-Sunyani stretch of the main Kumasi-Sunyani road in February this year.

ALSO READ: See me for list of Ebony’s killers – Pastor

Monday’s accident is less than 4 kilometers away from Ebony Reigns accident scene.