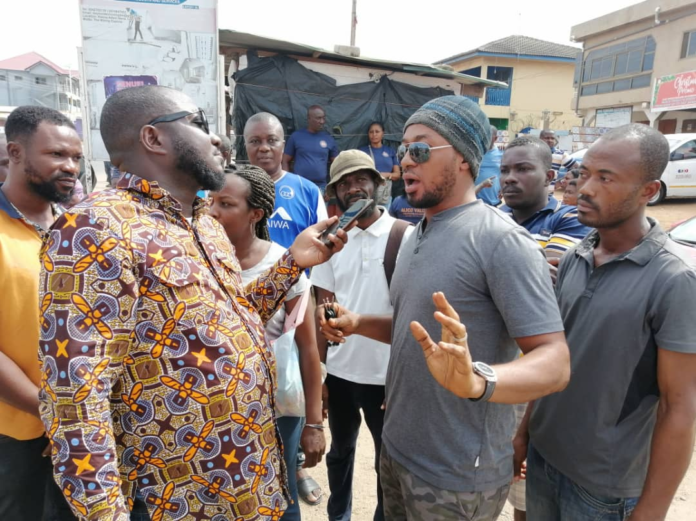 Residents of Adam Nana, a suburb at Kasoa in the Central Region, are appealing for potable drinking water.

The community relies on distant streams and other sources for water for domestic purposes, which exposes them to water borne diseases.

They made the appeal on People’s Forum, a segment on Adom FM’s morning show, Dwaso Nsem to highlight the plight of citizens.

Some of the residents, who spoke to Dwaso Nsem co-host, Chief Jerry Forson, said they have not had water running through their tapes since they came to the area.

The situation, they said, makes it difficult for them to carry out their daily activities since both adults and schoolchildren have to cover long distances in search of untreated water.

The residents said they have to spend between GH¢150 to GH¢200 cedi on water a week.

“I spend GH¢300 cedis on water a month because I buy water from tanker every two weeks to ensure my family has water for household chores,” a resident bemoaned.

Their predicament becomes worst in the dry season which compels residents to spend productive hours searching for water.

Apart from the water problems, the residents also complained about the bad nature of their roads.

They have resorted to using okada because no taxi or trotro uses the route due to the bumpy and dusty road.

Assembly woman for Adam Nana Electoral Area, Diana Tetteh, said she has raised the concerns of residents at the Assembly but nothing has been done.

“I have written letters and done so many follow ups but the Assembly has not responded,” she bemoaned.

Her major headache, the Assembly woman said is how teachers are threatening to leave the only school in the area.

“The school is uncompleted and the few teachers there are struggling so others don’t want to come,” she noted.

She appealed to government and the Member of Parliament for the area, Mavis Hawa Koomson, to come to their aid.