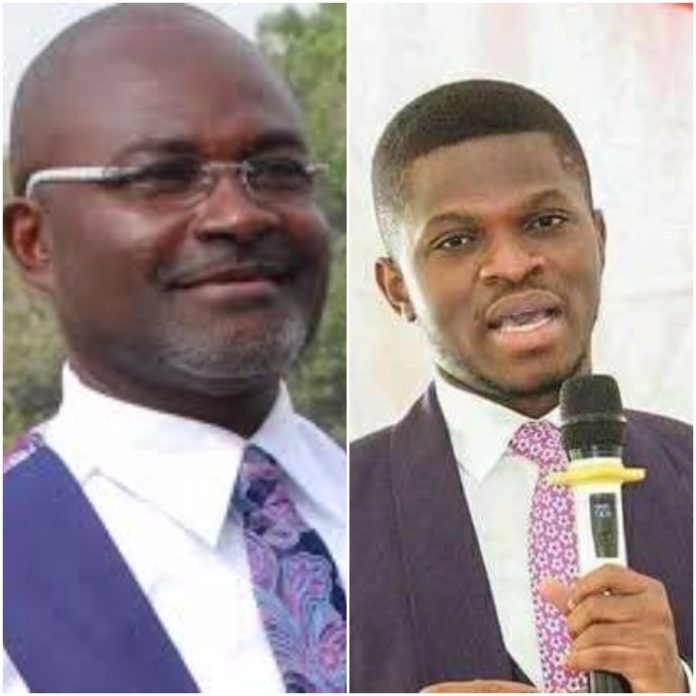 Speaking on NET2 TV monitored by MyNewsGh.com, Mr Agyapong conceded that even though he is an opponent, he could not help but praise him for his well-sequenced, constructive criticism on the PDS matter on Peace FM much earlier.

“Now, today I will praise Sammy Gyamfi; the way he argued. He is a Ghanaian and I am also a Ghanaian. I know a lot and about 90% of all he said is correct.

But the way he started it was so fantastic. I don’t have his number but today, I tell you, you see that that is the first time in my life as a politician in Ghana here that someone in opposition has argued out a point convincingly. The boy did marvellously well on Peace[ Peace FM]. I won’t lie,” he conceded.

The legislator also added that if political opponents provided constructive criticism based on a thorough understanding of issues such as Sammy Gyamfi’s on the PDS matter, Ghana would make progress.

“I am an NPP member but when you get constructive criticism like that, we will go very far.

Today I applaud the boy for the way he sequenced the issue; you could see that he has a lot of information,” he admitted.

It is unusual for politicians from opposing sites to praise one another. But from time to time the exceptionality and talent from both NDC and NPP have been recognized across the divide.

Other well-known politicians who have had praise from both sides include NPP’s Sammy Awuku who was praised by Samuel Okudzeto Ablakwa for his organizational ability; NDC’s Haruna Iddrisu who has been praised by NPP’s members for his Parliamentary talents among others.