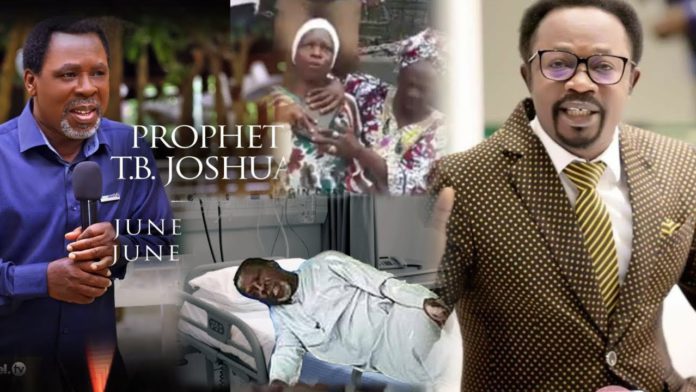 A head pastor of Christian Life Church Kampala, Uganda, has been seen in a video that has gone viral on social media, celebrating the death of Prophet T.B. Joshua with his church members.

Pastor Jackson Senyonga is heard accusing the late Founder of Synagogue Church of All Nations of sacrificing many while thinking his soul was worth more than those of others.

Pastor Seyonga alleged that Prophet Joshua was fake and his death means victory. He also claimed that the Nigerian pastor initiated some pastors in his country into “witchcraft” because he is the biggest “witch” in Africa.

He added though heaven doesn’t rejoice when a sinner dies, Prophet Joshua’s death means many will also go. Prophet Seyonga went on to call down “fire” on other Christian preachers in the continent he described as “false Prophets”.