Parliament has rescheduled the vetting of the new Chief Justice, Justice Anin-Yeboah to December 23, 2019.

The vetting was initially expected to take place on December 21, 2019.

The postponement follows a threat by the Minority to boycott the vetting of Justice Anin- Yeboah.

According to the Minority, the setting of date was a unilaterally decision by the Chairman of the Appointment’s Committee and First Deputy Speaker, Joseph Osei Owusu which is against standard practice.

However, it stated it was open to consultations on the issue and proposed any day from 23rd, 27th or 30th December, 2019.

Justice Anin-Yeboah is currently the fourth longest-serving Justice of the Supreme Court.

A graduate of the Ghana School of Law in 1981, he was appointed to the Supreme Court by President John Agyekum Kufuor in June 2008.

He also served as the Chairman of the Appeal’s Committee of the Ghana Football Association from 2004 to 2008. 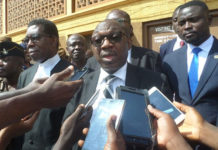 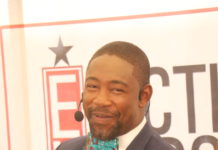 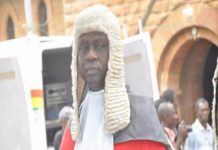 CJ nominee to resign from his prestigious position