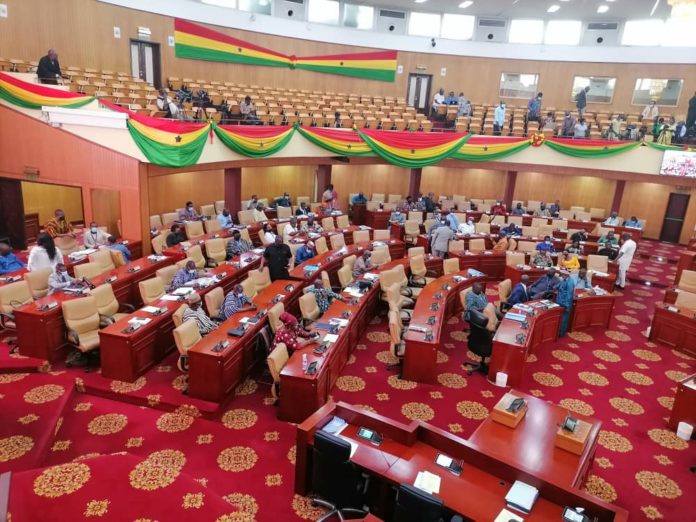 Parliament has approved a $750 million loan requested by the Finance Ministry.

This was after the Chairman of the Finance Committee, Kwaku Kwarteng laid the motion for approval.

According to him, the loan will help the government raise the needed funds to complete the infrastructural projects in the 2022 budget.

“Mr. Speaker having carefully examined the agreement which forms part of government’s programme aimed at raising funds for infrastructural projects in the 2022 budget,” he explained on Wednesday.

“I will accordingly urge this house to approve this facility in order Ghanaians may reap the benefits the facility will bring.”

His move was seconded by the Vice Chairman of the Committee, Patrick Boamah.

However, the Ranking Member on the Committee, Cassel Ato Forson expressed worry about the country’s debt levels.

According to him, all the tax revenues accrued from the first quarter of the year were consumed by interest payment and amortization for the same period.

He revealed that ¢12.9 billion that was raised in the period could not offset interest payments and amortization payments of the same period.

“Mr. Speaker let me put on record that I  had serious concerns with Ghana’s debt sustainability issues. Mr. Speaker currently, per the data from the Ministry of Finance published on its website it is clear that in the first quarter Ghana recorded a total tax revenue of GHS12.9 billion of this amount, debt service obligations alone made up of interest payment and amortization GHS13.9 billion.”

Mr. Speaker this simply means that the total tax revenue is not enough to service Ghana’s debt,” he insisted.

Meanwhile, approval was opposed by some Minority MPs.

Edward Bawa, the Bongo lawmaker argued that the house did not have the quorum at the time the loan was approved.

What will the loan be used for?

Government has informed Parliament that the $750 million will be used for the projects below.