Popular Kumasi-based comic actor, Oteele, has been earmarked for spiritual murder, a pastor has claimed in a latest trending video.

The video, which is circulating on social media, has Oteele standing upright in a church as the pastor revealed to him that his ex-girlfriend wanted him dead in the spiritual realm.

According to the man of God, Prince Elisha Osei of the Power Embassy International, Oteele, whose real name is Stephen Mawunyo, will die soon because he broke the heart of the lady he promised to marry.

Oteele got married recently in a fancy wedding that was attended by many stars.

The actor who shot to fame with his hit movie series, Papa Kumasi has become a household name in Ghana.

The pastor recalled how Oteele slept with the actress he met in Kumasi and further promised to marry her even though he knew he was not being truthful to her.

Interestingly, the actor didnt deny but rather confessed to the pastor that the lady has been worrying him ever since he tied the knot.

Oteele, however, disclosed that the lady in question demanded GHC 20,000 Cedis from him for reneging on his promise to marry her while confirming that he indeed slept with the lady.

It is as a result of the pain caused the lady that the lady has decided to eliminate Oteele spiritually, Pastor Elisha has revealed. 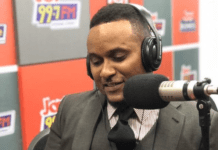 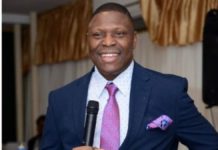 Pastor uses football to ‘kick out demons’ during service [Video]

Why do women agree to be side chicks?

We need our share of the $100m coronavirus cash – Patapaa

Woman, 90, dies from coronavirus after refusing a ventilator