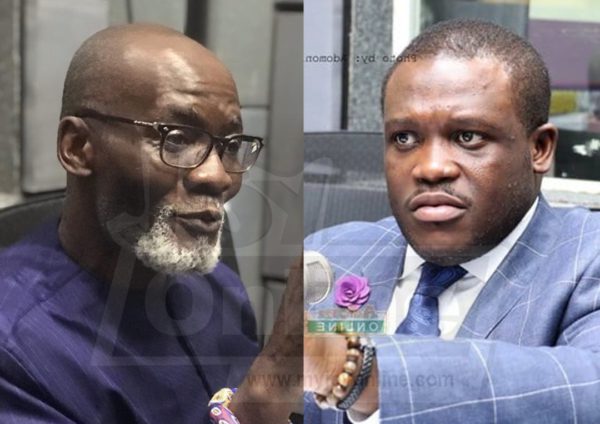 Founder of the Danquah Institute, Gabby Otchere Darko is advocating for the Member of Parliament (MP) for Ningo Prampram, Sam George to be the next presidential candidate for the National Democratic Congress (NDC).

This comes on the back of the latter’s interview with CNN on a bill he’s leading in Ghana’s parliament to criminalise the activities of homosexuals.

His interview warmed the hearts of many Ghanaians who could not help but take to social media to shower praises on him.

The latest to have joined the bandwagon of administrators is Mr Otchere Darko.

In the view of the New Patriotic Party (NPP) stalwart, the MP will make a fantastic candidate if politics were about popularity and popularism.

He made the remarks in a tweet, stating it was fantastic news for the NDC.

He wrote: If Politics is all about populism & popularity, then I have fantastic news for the NDC: they have found their next presidential candidate and he is the MP for Ningo Prampram Sam George.

The private members’ bill, which is in the pipeline is proposing a custodial sentence for offenders, including promoters of any sexuality that falls within the LGBTQI+ spectrum other than between a man and a woman.

Mr George who is one of eight legislators sponsoring the bill has argued they are only offering protection and support to the vulnerable and economically disadvantaged for victims of homosexuality.

If politics is all about populism & popularity then I have fantastic news for the NDC: they have found their next presidential candidate & he is the MP for Ningo Prampram #SamGeorge. Young, articulate, driven, bold, & extremely popular. The main sponsor of the anti-LBGTQI Bill.