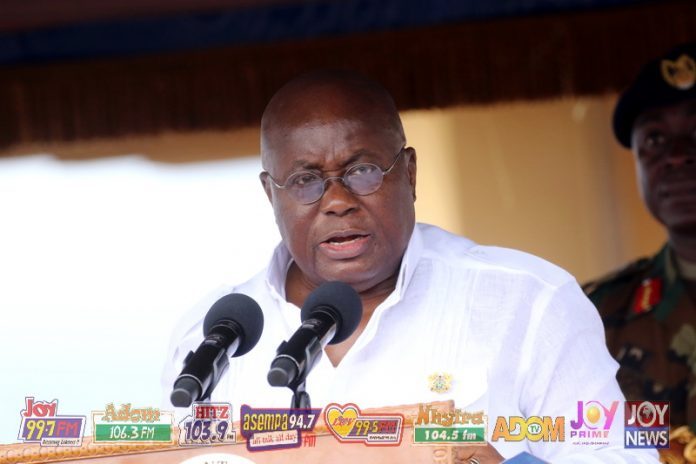 I bring you greetings from Saltpond where I am currently cooling off for the weekend.

About three months ago, I was in the University of Bristol as Visiting Scholar to present a paper assessing the democratic practice in Ghana. In that presentation, I particularly singled out the political freedom we enjoyed in Ghana under the previous somewhat revolutionary-minded regime of the NDC. I predicted more freedom for the Ghanaians under the NPP administration led by you, given the democratic culture of your party and your own persona as an avowed democrat.

But I am wondering whether I predicted right in view of several threats received by those who only seek to keep your regime on its toes to ensure good governance for all of us.

I do occasionally receive a few of such threats even though I do not bother much about them. Dr Kwesi Annin receives same. Franklin Cudjoe receives threats too. We haven’t made these a big issue because we are aware that you, as a person wouldn’t sanction such needless attempts to gag voices of reason and conscience.

But there are elements within your party and government that are bent on making your regime unpopular by embarking on the suicidal mission of threatening to eliminate voices of dissent.

Sir, as you may be aware, I am not an NPP man neither am I an NDC supporter but in terms of democratic ratings, I respect and rate the NPP higher and over above the NDC. I am therefore baffled by the level of intolerance being exhibited by apparatchiks in clear disregard of the democratic credentials of your party.

What has made me pause my relaxation to write to you, is the recent experience of Mannaseh Azure Awuni. Your Excellency, I spoke to Mannaseh Azure Awuni this afternoon. He just returned from South Africa where he fled to seek refuge from threats of attacks on his life.

He may have goofed and incurred the displeasure of some party people. But to the best of my knowledge, I do not believe he has an agenda to bring the NPP down. Sir, you are more honest than political party bootlickers and you know that he kept the NDC regime on its toes too. Indeed, he gave them sleepless nites and his countless critiques were among the numerous variables that accounted for the NPP’s electoral victory in 2016.

So, sir, why should a journalist flee Ghana to seek refuge in South Africa? How and why should this happen in Ghana today, under such a democratically credible regime?

Are we going to relapse into the dark days of culture of silence just to keep ourselves safe?

I applaud the swift intervention by the National Security Minister to provide some security for the journalist but, we must do more to prevent the idea that it is no longer safe to critique the government, from festering.

Apart from just one shit-bomb on his office, Kweku Baako never faced this kind of threat on his life that necessitated his flight from Ghana to seek refuge in another country under the Rawlings regime. Kwesi Pratt subjected the Kufuor regime under strict scrutiny, but he stayed in the country without such threats that make it imperative for one to flee his country.

Why is this happening under your regime, Mr President? It would be appropriate for you to make an emphatic statement on this matter in a manner that assures all that you are still the tolerant President we know. Else, this single incident would be a major dent on your democratic credentials and would continue to shape the minds of discerning or well-meaning Ghanaians as they ponder on your intentions to contest the next election.

Ghana is a peaceful country and you fought hard to give more freedom to the media, Mr President. In as much as we must not countenance irresponsible journalism, I am of the view that nothing should make a journalist flee this country in your tenure as President, even if he errs.

The NDC apparatchiks admittedly are merely babies with sharp teeth.  But regardless of their propaganda and insults on persons who critiqued their party, no journalist was compelled to flee this country for his own safety under their two tenures of office.

Kindly make a public statement on this, Mr President.