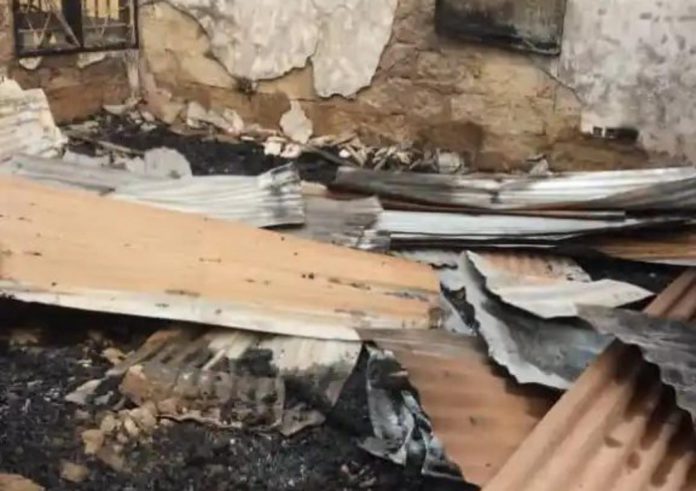 A nurse is battling for her life at a health facility following explosion which occurred at Atafoa New-Site, a suburb of Bantama in the Ashanti Region.

The unfortunate incident happened when the gas cylinder the victim was using to cook reportedly exploded.

This resulted in complete raze down of a five-bedroom house belonging to the victim.

Eyewitness explained that the inferno, which occurred February 7, 2022 at about 6:30pm, was caused by gas.

According to the eyewitness: “The land lady is a nurse, yesterday evening she was preparing her meal with a gas but unfortunately, it exploded, burning the woman beyond recognition and also ravaged the building completely.”

Meanwhile, the victim has been hospitalised at the Komfo Anokye Teaching Hospital for treatment.