This was on Monday, August 1, 2022, at the residence of the deceased at K Boat Junction, at Dome Pillar 2, Accra.

Mr Nkansah Debrah is said to have passed on the morning of Friday, July 29 at the 37 Military Hospital.

Cambodia as he was widely known was a retired soldier from the Ghana Armed Forces and a businessman.

The former Chief of Staff is expected to be leading his family to announce preparations for the final funeral rights and burial of the late brother in line with Akan tradition. 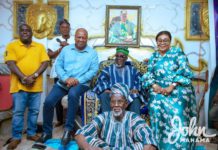 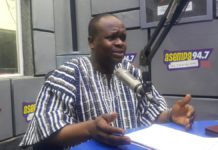 Oil companies deny ¢40.5m payments that ended up in Chief of Staff account