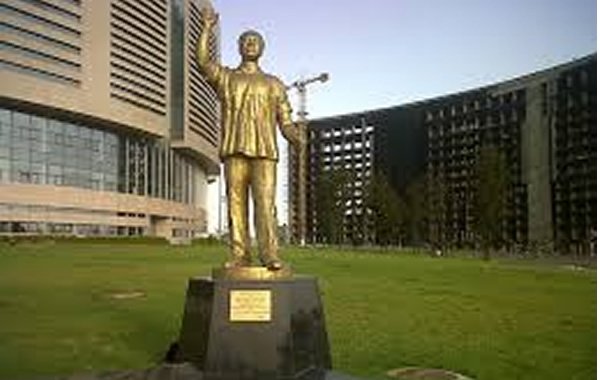 Under the direction of President Akufo-Addo, today the 25th of May which marks Africa Union Day or Africa Liberation Day as was reintroduced by President John Agyekum Kufuor as a public holiday in 2002 has now been degraded and, therefore, no longer a public holiday.

It’s a real shame that Ghana, the country considered to be mother of the Africa Union due to the vision and sacrifices of our founding President, Osagyefo Kwame Nkrumah who first convened the All African Peoples Conference of 1958 here in Accra to lay the foundations of continental unity five years before the OAU was born in 1963 will now be set on a path by President Akufo-Addo where our Pan-African leadership and the inspiration we offer black people all over the world now stands undermined.

Kwame Nkrumah’s imposing bronze statue stands tall at the AU Headquarters in Addis Ababa to remind all Africans and people of the world about his pioneering role. I recall with great pride how in January 2012, Osagyefo’s statue was unveiled in Ethiopia by a powerful Ghanaian delegation led by Prof. John Evans Atta Mills and which comprised former President Jerry John Rawlings, Allan Kyerematen and Mary Chinery-Hesse representing President John Kufuor and then the designer and sculptor Dr Don Arthur. Of course, Prof. Francis Nkrumah and Samia Nkrumah represented Nkrumah’s immediate family at that quintessentially proud Ghanaian moment of history.

How embarrassing that seven years down the lane, in his home country, Ghana – President Akufo-Addo continues to pursue an agenda of diminishing Africa’s man of the millennium.

President Akufo-Addo should know by now that his agenda has already failed and just as President John Agyekum Kufuor restored full commemoration of AU Day, so shall a future NDC Government restore Ghana to its pride of place; considering that we have already served notice in Parliament.

On this day, I invite us all to ponder over what W.E.B. Du Bois told the assemblage of the All African Peoples Conference convened by Nkrumah in December 1958: “If Africa unites, it will be because each part, each nation, each tribe gives up a part of the heritage for the good of the whole. That is what union means, that is what Pan-African means.”

It is my prayer that President Akufo-Addo will listen to Du Bois and give up a part of his family heritage for the sake of meaningful African Unity. And shall we all learn to give up what has been holding back the full glory of this great continent all these decades.