Gospel Musician, Empress Gifty Osei, will soon be wedded by a member of the communication team of the ruling New Patriotic Party (NPP), Hopeson Yaovi Adorye.

There were rumours last week that Hopeson Adorye was going to get married to Gifty Osei but Empress Gifty Osei denied the rumour.

READ ALSO: I’m not happy at Zylofon, I won’t renew my contract – Stonebwoy

But Adomonline.com can confirm that Ghanaians would soon be hearing wedding bells from the two lovers soon.

Mr Hopeson Adorye who is also the Deputy National security coordinator in charge of Airports has officially announced on his Facebook that he was engaged to Gospel musician, Gifty Osei. 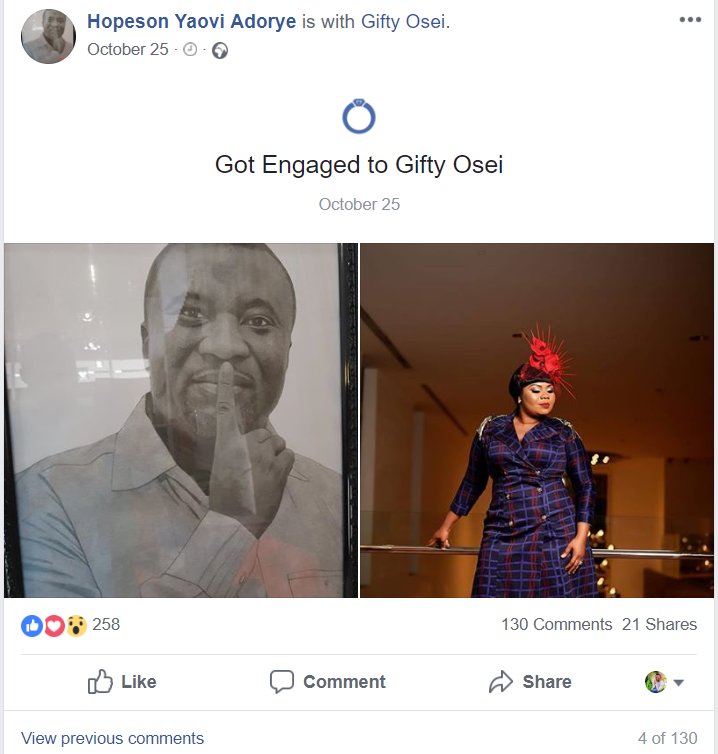 Gifty Osei and her husband Prophet Prince Elisha Osei ended their, over ten-year marriage, in 2017.

READ ALSO: ESPN sports reporter reduces her boobs so she can be taken seriously [Photos]

Hopeson Adoye also lost his wife to death in the same year under some sad circumstances.