The National Executive Committee (NEC) of the New Patriotic Party (NPP) has given the green light to some disqualified aspirants to contest its parliamentary primaries slated for June 20, 2020.

Most of the candidates in Greater Accra, Western North and Ashanti regions seeking to contest their incumbent Members of Parliament were disqualified by the regional vetting committees.

But NEC, after listening to their appeals, declared them eligible to contest in the elections.

However, some of the decisions taken by the vetting committees were also upheld.

NEC upheld the recommendations of the Vetting Committee in respect of all the aspiring candidates. The decision by the appeals committee to clear the opponent of Moses Anim in Trobu, Edward Addo, who was initially disqualified by the vetting committee was thus reversed

NEC reversed the decision of the Appeals Committee to disqualify former BOST CEO, Alfred Obeng in the Bibiani Constituency. He has therefore been reinstated as per the verdict of the vetting committee that initially cleared him

NEC upheld all the decisions of the Vetting Committee

All the decisions of the Vetting Committee upheld, except that in respect of Evans Coleman of Agona West. So the gender minister will be contested by one other person, and not two.

All decisions of the vetting committee upheld. The opponent of the health Minister disqualified in the Dormaa Central

All the decisions of the vetting committee upheld by NEC

Francis Kwabena Owusu Akya was disqualified in the Juabeng Contest. That is, decision of Appeals Committee upheld 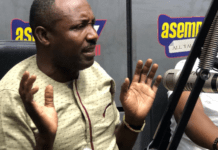 No aspirant to contest unopposed in NPP parliamentary primaries

Apologise for your ‘sins’ to be reconsidered – PNC to Atik, others