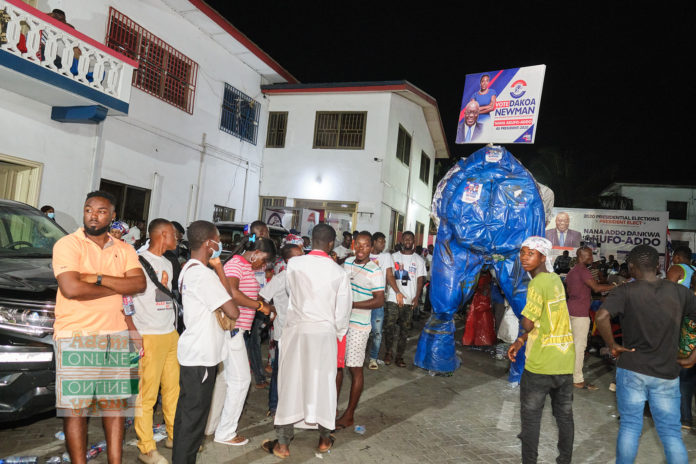 The New Patriotic Party (NPP) on February 19, 2022, commenced processes to elect officers for the party at the polling station level.

Per the party’s guidelines, the polling station election would be from February 19 to March 5, 2022.

There are more than 38,000 polling stations across the country.

All aspirants are required to pick nomination forms at a fee of GH¢10 from the polling station election committee set up to supervise the elections.

In the party’s guidelines, no prospective aspirant shall be denied access to the purchase of the application forms and if denied he or she has the right to put in a petition.

According to the guidelines, which has been approved by the party’s Council, an applicant must be a known or active member of the party at the polling station he or she seeks to contest.

The election committee is also required to receive completed application forms from prospective aspirants with three passport-size photographs not later than three days to the polling station elections.

Also, the name of an aspirant must be captured in an updated polling station register and must be a card bearing member who votes at the same polling station.

Sources within the party told the Ghana News Agency that in areas where only one person picked nomination form for a particular position, that position would not be contested.

“Election at the polling station level is not as intensive as other levels so it is possible that in some of the portfolios you may have only one person picking the form. When that happens, then it means there will be no contest,” a source said.

The NPP, on Friday, January 28, 2022, issued guidelines to guide its internal elections at all levels this year.

The constituency executive elections will be held at the Constituency Annual Delegates Conference to be supervised by a Constituency Election Committee between April 22 and April 24, 2022.

The regional executive elections will be held between May 20 and May 22, 2022, and will also be supervised by the Regional Elections Committee.

The National Executive elections and the Annual National Delegates Conference is slated for July 14 to July 16, 2022 and will be supervised by a National Elections Committee.

The Party said an aspirant for the position of National Chairman will be required to pay GH¢20,000 as nomination fees while the Vice Chairman or chairperson will pay GH¢ 15,000.

The aspirant for General Secretary will pay GH¢10,000 while all other aspirants, including Treasurer and Organiser will pay GH¢ 8,000 except for the women’s wing, Nasara, and youth wings, who would pay GH¢6,000 each.

The Party said an aspiring constituency chairperson would be required to pay GH¢ 500 while aspirants for all other constituency positions would pay GH¢200.