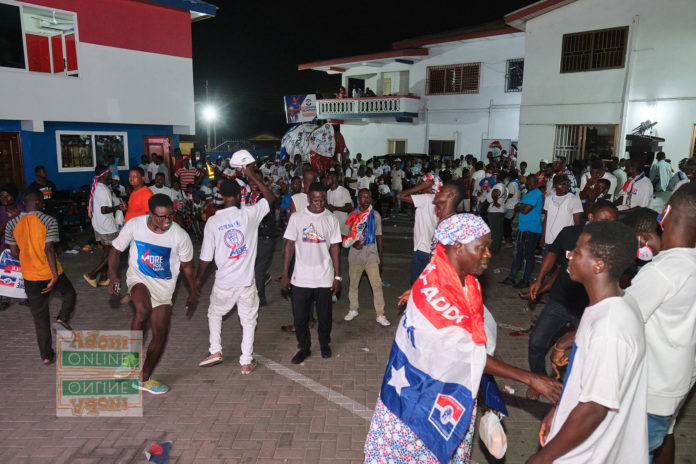 New Patriotic Party (NPP) Executives in the Esikado-Ketan constituency have dared the NDC to prove the allegations of fraud they are making about the December 7 election.

Speaking at a press conference to address what they describe as lies being perpetrated by members of the NDC, the Esikado-Ketan constituency secretary of the NPP, Thomas Amoah says their victory was free from any form of rigging.

“Counting was done at each polling station and results declared and parties signed the pink sheets after everything so why would you turn around and accuse the NPP of what you don’t know. They should just come with their evidence and prove that indeed we stole the elections,” he said.